So I've gotten a bunch of questions about the Droid RAZR's screen after the review, and I wanted to expand on it a little more — and include some similar macro photos of competitive devices. The RAZR's problem is its PenTile Super AMOLED display, which only has red, green, and blue pixels — I use a Droid X2 with an LCD PenTile display, but the LCD arrangement includes an extra white pixel that makes a huge difference to my eye. (I think the X2's display looks fine, but a lot of people hate it; I assume they'll dislike the RAZR's even more.) And compared to the iPhone's display, it's just no contest. Here are some shots of our front page, at close range and then at a macro level — I didn't edit these at all, apart from straightening and cropping.

(Yes, it really is this green, especially at low brightness levels.) 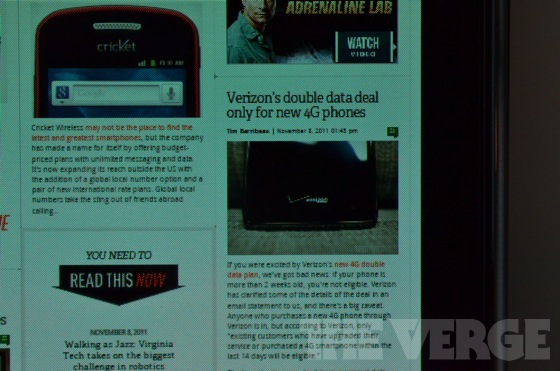 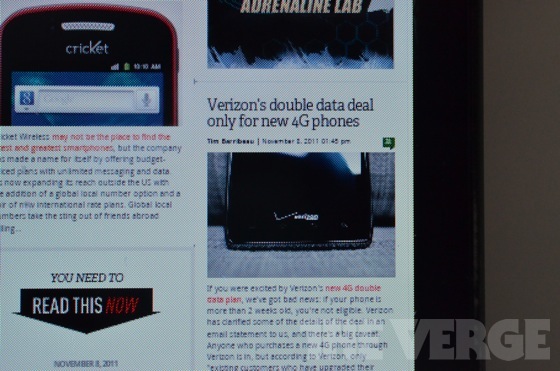 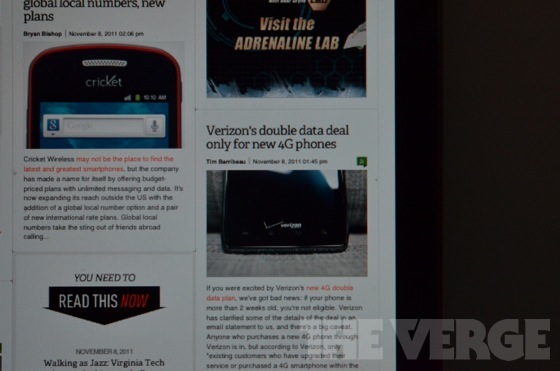 And lastly, here's the Samsung Galaxy SII on AT&T, which has a Super AMOLED Plus display with a traditional RGB pixel layout — it's much lower resolution and pixel density than the others, but I think it looks far better than the RAZR's display. (Sorry for the slightly different shot — we published another post while I was shooting and it moved in our layout. And the rainbow effect is because my camera was set to an off shutter speed.) 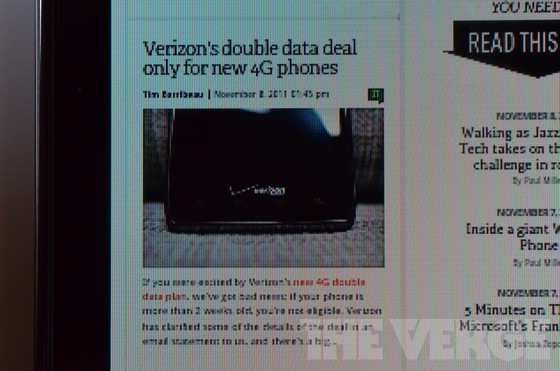 As you can see, the RAZR's display just doesn't look as nice as the others. I can see how you'd miss it at first glance because it's nicely bright and super-saturated like other AMOLED screens, but over time the lack of detail and green color cast would get extremely tiring, especially on a super-premium $300 device. As beautiful as the RAZR's hardware is, I'd definitely have rather have a slightly thicker phone with a nicer screen.

And man — the iPhone 4's display remains in a class of its own. We'll see if these new 720p devices like the Rezound and Galaxy Nexus can close the gap.