Amazon Kindle Touch shipping a week ahead of schedule, will join brethren on Nov. 15th at retail

Share All sharing options for: Amazon Kindle Touch shipping a week ahead of schedule, will join brethren on Nov. 15th at retail

Barnes and Noble just escalated the e-reader and simple tablet war with a set of lower-priced Nooks, but Amazon's ready to bring the heat. On November 15th, the new $199 Kindle Fire tablet, $99 Kindle Touch, $149 Kindle Touch 3G and even the $79 plain jane 2011 Kindle e-reader will arrive at brick-and-mortar retail. That's actually a bit earlier than the Kindle Touch and its 3G variant were originally expected, both of which are still listed on Amazon as shipping November 21st, so perhaps Amazon's bumping the schedule to compete with the cheaper Nook Simple Touch. Either way, you'll be able to find the new products at quite a few outlets on day one, including Best Buy, Target, Walmart, Staples, RadioShack, Office Depot and Sam's Club. Need a refresher course? Here's all our original Kindle coverage, and a database comparison to get you started. 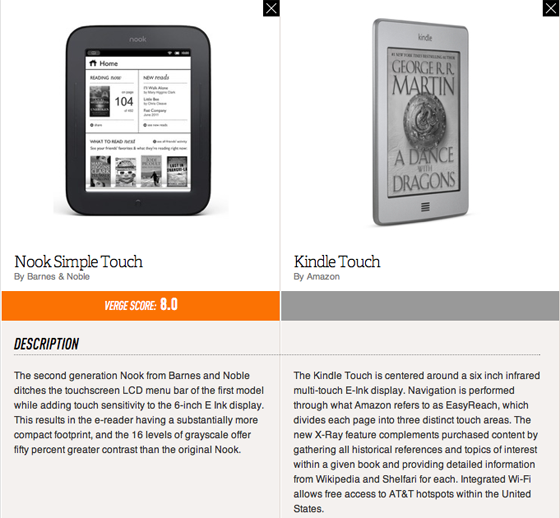