Several images have surfaced in what could be our first glimpse at AMD's next-gen Radeon HD 7000 series of graphics cards.

Several images of alleged new AMD Radeon graphics cards have surfaced in what could be our first glimpse at the company's next-gen HD 7000 series. The new family of GPUs — code-named Southern Islands — are expected to be AMD's first to utilize 28nm chips (TSMC recently announced it was ready to begin volume production using the process). Thought to be engineering prototypes of the upcoming HD 7900 "Tahiti" model, the pictured cards appear to show 12 different memory chips, which would indicate a 384-bit memory interface if the card is using 32-bit GDDR5 SDRAM as previously rumored. It's difficult to judge size without proper scale, but there's no denying the cards are whoppers, with VR-Zone estimating them to be approximately 10 inches in length. While there's no hard information yet, we wouldn't be surprised to see an official announcement made at CES — and we'll be there to bring you all the details. 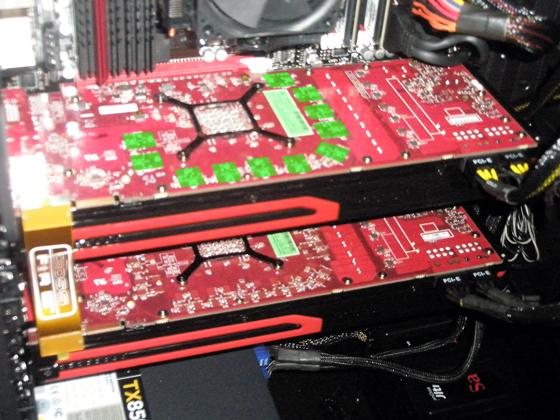