Pictures of the Sony Ericsson Nozomi first popped up on our radar last month, and now GSMArena has some more detailed leaks, highlighting a Micro SIM slot, non-removable battery, and the conspicuous absence of a microSD slot. There are now also rumors of a 12-megapixel camera with full HD recording, alongside previously reported specs that include a 720p 4.3-inch LCD display (matching the stratospheric pixel density of the well-reviewed HTC Rezound), dual-core 1.5GHz Snapdragon SoC, 1GB of RAM, and either 16GB or 32GB of internal storage. Indeed, the Nozomi's shaping up to be a credible contender in the Android space, but until an Ice Cream Sandwich update is ready, it's doomed to stand in the shadow of the Galaxy Nexus — much like the Rezound, Nitro HD, and Droid RAZR before it. Besides, with Sony Ericsson's track record, who knows if or when it'll make it over to the US? 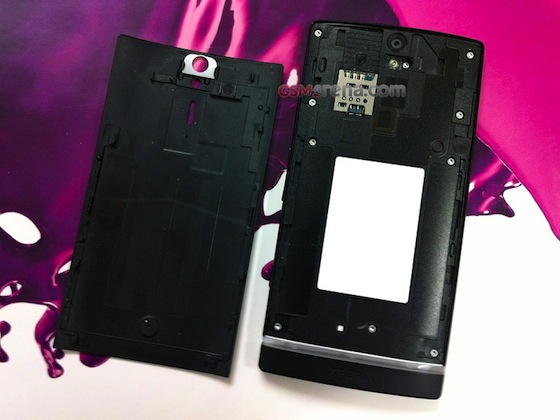