A software update may be hitting today that brings Wi-Fi calling to the T-Mobile-exclusive HTC Amaze 4G.

HTC has already confirmed that the Amaze 4G will be getting Ice Cream Sandwich in 2012, but an interim update may be hitting today that brings Wi-Fi calling to the T-Mobile-exclusive device. TmoNews reports that several readers received software build 1.43.531.3 this morning after manually checking for a software update, with a new preference for enabling Wi-Fi calling present in settings. It's not clear whether the feature is active yet, but T-Mobile commonly provides the functionality for its lineup of Android and Blackberry devices (the Amaze 4G was rumored to be receiving the feature earlier this year along with the Galaxy S II). There's no official word yet on the rollout of the update — nor when T-Mobile's patient S II owners can expect the same functionality to come their way, too.

Update: T-Mobile has made it official. In addition to Wi-Fi calling, the update also adds Google Music, improvements to Bluetooth and Wi-Fi connectivity, and fixes a time zone issue with the clock widget. The update will be rolling out between now and January 20th. 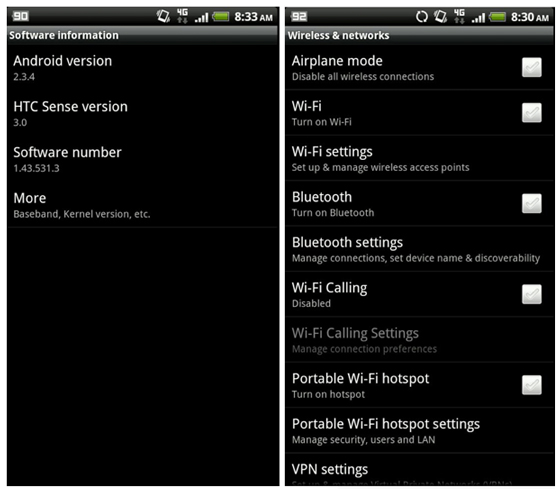