What's in your bag, Nilay Patel?

Share All sharing options for: What's in your bag, Nilay Patel?

You're looking at my everyday work bag, a Kata 3N1-33. I am in deep "like" with this bag; after years of trying new bags at every opportunity I know it's as close to perfect as I can get, but I am constantly haunted by the idea of something better. It can also hold a lot more than what's pictured here — this is the basic set of stuff I carry around almost all the time, but on trips and at trade shows you'll find a couple extra batteries, all sorts of cables, and several redundant connectivity options all stuffed inside. But I can pretty much do my job at full strength anywhere with the gear you'll find listed below.

Unlike most of The Verge staff, I haven't switched to a MacBook Air, and I'm not planning on it anytime soon — my MacBook Pro is just too ridiculously fast, with upgrades to a 2.3GHz Core i7 processor, 8GB of RAM, and a 1680 x 1050 high-resolution matte display. It absolutely flies through all of the photo and video work we do in the field, and I'm planning to add an SSD and swap the 750GB hard drive for the optical drive as soon as I can finally decide on the right SSD. (Suggestions welcome!)

Oh, and I'm still running Snow Leopard, since everything is perfectly tuned for speed right now and I don't want to mess anything up. My old daily driver 27-inch Core i7 iMac has become my Lion test machine and I barely use it anymore.

I shot a Nikon D3s for a long time before downgrading to the D7000 in the spring. While it's hard to let go of the full-frame sensor and ridiculous low-light performance of the D3s, the D7000 has actually been an improvement in several key areas: it's smaller and lighter, the battery lasts forever, it's a lot easier and faster to swap SD cards in a hurry instead of CompactFlash, and it has a much more refined movie mode. I also had to carry around at least three heavy FX lenses to cover every possible situation with the D3s, but I can now shoot everything from live blogs to review photos with just two smaller DX lenses: an 18-200mm f/3.5-5.6 AF-S DX VR and the new AF-S DX 40mm f/2.8 Micro-Nikkor. The 40mm micro has been a particular revelation; it's maybe the best gadget hands-on lens ever made, and it has several doting admirers on The Verge staff.

I also have an obligatory AF-S DX 35mm f/1.8 floating around in my bag, but I hardly ever use it unless it's really dark somewhere.

Of course, sometimes the DSLR is a bit much for just grabbing a quick photo or video, and my battered and bruised Canon S90 is always there if I need it. I was planning on upgrading to the S100 but after playing around with our review unit I think I might hold onto the S90 for one more year — I'd like to see better autofocus in video mode and and improved battery life before I make the jump.

I have an 8GB Eye-Fi Pro X2 card installed so I can quickly and wirelessly transfer pictures to my phone and send them along, but it's usually just simpler to take the picture on the phone in the first place. It was such a good idea, though.

I generally carry around at least one review Android phone, since they change out so fast I don't see the point in buying one on contract, but the Droid X2 has remained in the rotation longer than anything else thus far. It's fast, reliable, has decent battery life and a nice qHD display, and Motorola actually did a nicely tasteful job of cleaning up Android with the skin without going overboard. I'll probably replace this with a Verizon Galaxy Nexus, if it ever finally comes out. Ahem.

I actually have no idea why this is in my bag. I might have been seeing if T-Mobile had better data service than AT&T or Verizon on the train from NYC to DC a while ago? I don't remember. I should send this back.

I have an iPhone 4 on AT&T, which generally lives in my pocket and not my bag, since it's where I foolishly take my voice calls. I might get a 4S sometime soon and kick the 4 down to my fiancée to replace her 3GS, but it just hasn't happened yet. Maybe tonight's the night! 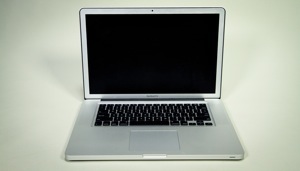 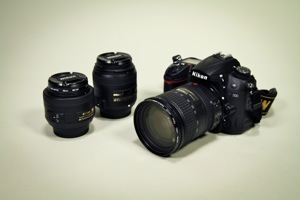 I don't know how we'd do video in the field without this little USB hardware video encoder — it's fast, gets the job done, and doesn't kill my battery. It's one of the best reasons to do media work on a Mac.

I really, really need to upgrade to an LTE or WiMAX data card, but this thing has been rock solid for so long that I just haven't been in a rush.

I frequently end up podcasting or making Skype appearances on the road, and while I prefer to use a better mic if I can help it, the Samson Go Mic is small enough to leave in my bag as a good-enough emergency option. The only problem is that it's designed to clip onto something, so I always end up making ridiculous half-baked mic stands out of random books and other people's laptops. 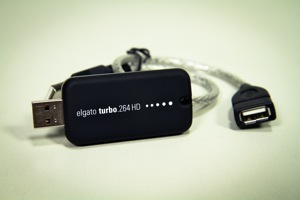 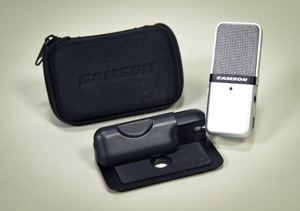 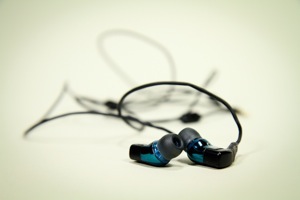 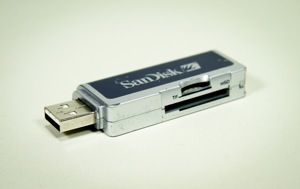 I love these — they have three drivers in each bud and sound absolutely amazing. I don't know what Logitech's been doing since it bought Ultimate Ears, but I hope it doesn't ever mess with the Triple.Fis.

I've had this in my bag for like five years — I barely ever use it anymore, but it makes me feel safe just to have it. It's like an old friend that you never talk to and hardly remember, but then borrow money from whenever it's convenient. Have a good summer, SanDisk SD / microSD / TransFlash reader. See you in 11th grade.

Our new Verge cards are pretty fun — we each got to pick our own image for the front, and then color-coordinated the V logo on the back. I used a shot of some enormous NASA radio telescopes.

CHARGERS AND CABLES (not pictured)

We didn't take pictures of these, but I always have a few Micro USB, Mini USB and iPhone cables in my bag, along with a couple extra USB chargers. They come in handy, you know?

With the Inflation Reduction Act, the US brings climate goals within reach