As the Carrier IQ story continues to evolve, manufacturers have clearly taken note that customers are not happy with the tracking software. Apple has promised that it would fully remove in a future update and HTC has also said that it would be "investigating the option to allow consumers to opt-out." If a leaked ROM for the Galaxy S II Epic 4G Touch turns out to be genuine, then Samsung is speaking with actions instead of words. The "EL13" ROM originally leaked by SamMobile contains bugfixes, yes, but forum members at XDA-Developers have discovered that it also strips out Carrier IQ's software.

It's possible that the software is simply more deeply hidden or that it will get re-added before a final release, but for now it seems that Samsung is moving relatively quickly to drop the tracking software. That's one phone (theoretically) down, plenty more to go. 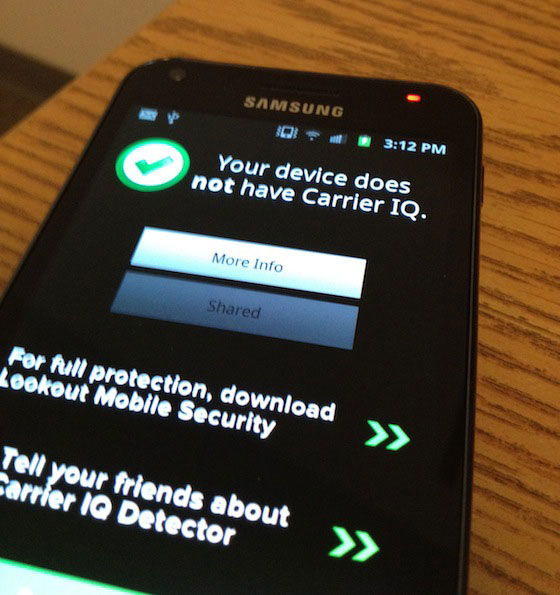 Carrier IQ phone tracking: what you need to know