The fall of Microsoft's Andy Lees: inside the Windows Phone power shift

Sources have given us a better picture of the circumstances surrounding Microsoft's Andy Lees' departure from his top position in the Windows Phone division.

Share All sharing options for: The fall of Microsoft's Andy Lees: inside the Windows Phone power shift

Over the past couple days we've gotten some additional details surrounding the circumstances that led to Andy Lees' removal from his role at the top of the Windows Phone org chart inside Microsoft.

First off, we're told that although Lees still reports to CEO Steve Ballmer, his ill-defined new role "focused on driving maximum impact in 2012 with Windows Phone and Windows 8" is, in fact, a demotion — the exact phrase that was used with us was that "he's been benched." The specific "Windows 8" language suggests that the position may change or go away after the platform is released next year, so he could be seeking a new role after that — it just remains to be seen whether that position would be internal or external to Microsoft. Generally speaking, it's pretty rare for executives at Lees' level to accept a permanent demotion rather than departing for greener pastures.

That said, we're also told that there is legitimate work on Microsoft's plate regarding tighter integration between Windows Phone and the company's other headline platforms, including Xbox, Windows 8, and the Windows Live ecosystem (SkyDrive and so on). With the launch of Apple's iCloud, it seems that we're on the cusp of a cloud-based arms race among the platform providers, and every indication is that Microsoft wants to be in the thick of it.

But what ultimately led to Lees' "benching"? Our source tells us that the gap between his characterization of how quickly Windows Phone would gain market momentum — publicly, anyway — and the platform's actual performance had been causing a rift, pointing specifically to his recent interview with AllThingsD where he sets the number three market share position as a plausible goal and says that Mango is "about starting to build unit volume and market share." Lees is being replaced by Terry Myerson, who'd previously run Windows Phone's engineering side. In a recent all-hands meeting, we're told that Myerson said something to the effect of "we're at zero percent market share for all practical purposes, and if we could get to ten percent, that'd be great," so he's clearly coming into this with a little humility and realism around the platform's current situation. 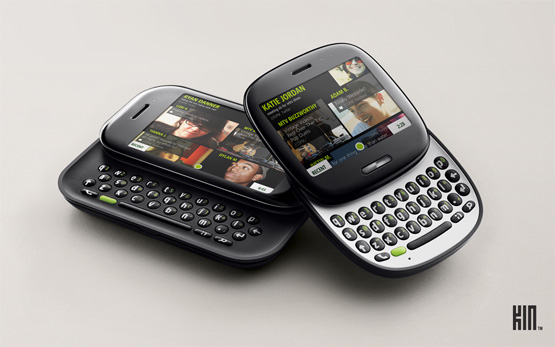 We've learned that Lees has a history of fostering tense relationships with Microsoft's OEM partners, which couldn't have helped his case. Having moved from the company's server tools division in early 2008, Lees approached Motorola about getting involved with Pink, the skunkworks project that would ultimately become the ill-fated Kin line. Motorola apparently took an interest in working on the software side — something it would later do in a big way with Android and Motoblur — but was rebuffed by Lees and his team, asking that they concentrate on hardware and let Microsoft worry about the software. It's speculated by our source that this meeting ultimately led Motorola to drift away from Windows Mobile to become an Android-exclusive shop, and considering the pending acquisition by Google, that won't be changing any time soon.

Our source also points to LG's longstanding "strategic collaboration" with Microsoft in the mobile space, which was last renewed in late 2008 before withering on the vine; today, LG has yet to announce any Mango-specific devices, and at this point, Nokia's tight partnership with Redmond has clearly eclipsed any remaining vestiges of LG's. Our understanding is that the LG deal upset HTC, which had easily been the most visible supporter of Windows Mobile through the last decade, culminating in the platform's pièce de résistance, the legendary HD2. Clearly, HTC has far more invested in Android today than it does Windows Phone. Finally, our source believes that Nokia CEO Stephen Elop's aggressive statement that the Lumia 800 was "the first real Windows Phone" at Nokia World in October could've been perceived as a knock by hardware partners who were already weak on Windows Phone support, though it's believed that Lees wasn't directly involved with vetting or clearing that keynote.

There's good news, though: we've heard from several individuals involved with the situation that Terry Myerson is well-liked internally, and there appears to be some sentiment that he's the right man for the job going into next year's critical releases of Tango (which is focused on support for Asian markets), Apollo, and LTE capability. We've said in our own review — as have many others — that Mango is a fantastic platform, but obviously, fighting the iOS and Android juggernauts is a multi-generational battle that's going to require smart decisions and surgical accuracy.

Windows Phone 8: all the rumors ahead of the official launch