Nvidia will release the source code for its new LLVM-based CUDA compiler, allowing developers to extend its capabilities to other programming languages and non-Nvidia processor architectures.

Nvidia announced today that it will release the source code for its latest CUDA compiler, which allows programs to use Nvidia GPUs for general purpose parallel computing. The new version is based on LLVM, a popular open source compiler infrastructure that is language-agnostic, so releasing the source will allow developers to extend CUDA support to other programming languages beyond C and C++, and other processors such as AMD GPUs and x86 CPUs. Qualified academic researchers and developers can get early access to the CUDA source code by registering with Nvidia. 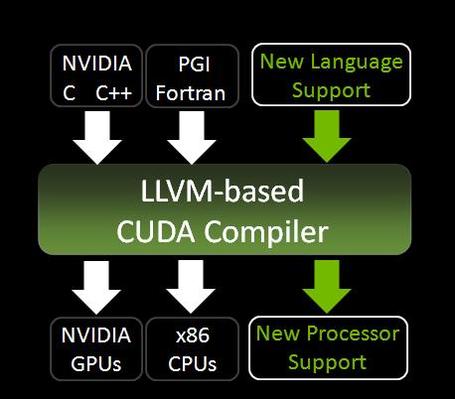