Tablets responsible for the rebirth of reading, says The Economist

A presentation by The Economist as given some insight into the future of digital publishing, with the publisher calling this "Lean Back 2.0" era "the rebirth of reading."

Share All sharing options for: Tablets responsible for the rebirth of reading, says The Economist

We're living in the age of "Lean Back 2.0," according to The Economist. A presentation by Andrew Rashbass, CEO of The Economist Group, calls the old publishing models of web and print "irredeemably broken," with publishers requiring "urgent re-examination of everything that constitutes a media business." The concept of Lean Back 2.0 is relatively simple — the use of tablets and e-readers is growing at the expense of print and web use, with The Economist's iPad readers spending on average around 90 minutes with the app each week. Unlike the desktop and laptop web experience, these devices are allowing users to read at their leisure. 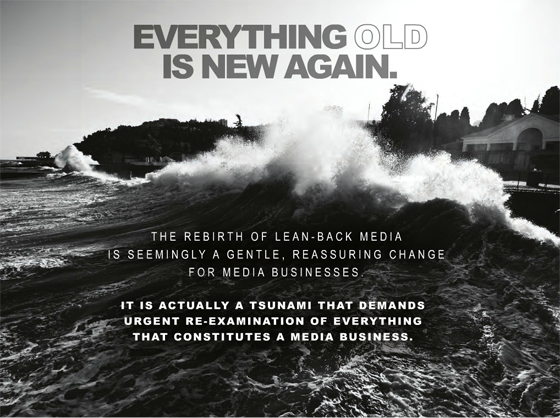 Some key facts from the presentation:

These facts have led The Economist to call this upsurge "the rebirth of reading." It seems to be deliberately avoiding the model of flooding their apps with web-exclusive content and video like other publishers, but instead sees it as necessary to rethink its publishing model based around the needs of its reader. Although reading habits are trending back towards a model that publishers are traditionally comfortable with, publishers can't afford to be complacent.