The Galaxy Tab 7.7 has appeared in the FCC's database with Verizon LTE bands. The Android tablet should be a very svelte competitor to the iPad, but may only launch with Android 3.2.

Given that we'd already seen the Galaxy Tab 7.7 tablet show up in Verizon's inventory system, it's not entirely a shock to see that it has also appeared at the FCC. The Android tablet was tested for Verizon's 4G LTE bands alongside the standard CDMA bands, but otherwise appears to be the same Galaxy Tab 7.7 that gave us chills at IFA back in September. Presumably the specs will fall in line with what we saw on the earlier version: a 1280 x 800 Super AMOLED display, dual-core 1.4GHz processor, 3-megapixel camera, a thickness of only 7.89mm, and (sadly) Honeycomb 3.2.

It's possible that that we could see the thickness increase a bit to accommodate a bigger battery to support LTE, but if the dimensions in the drawing submitted to the FCC are to scale, it looks like Verizon's Galaxy Tab 7.7 with LTE will be just as ridiculously thin as the other version. 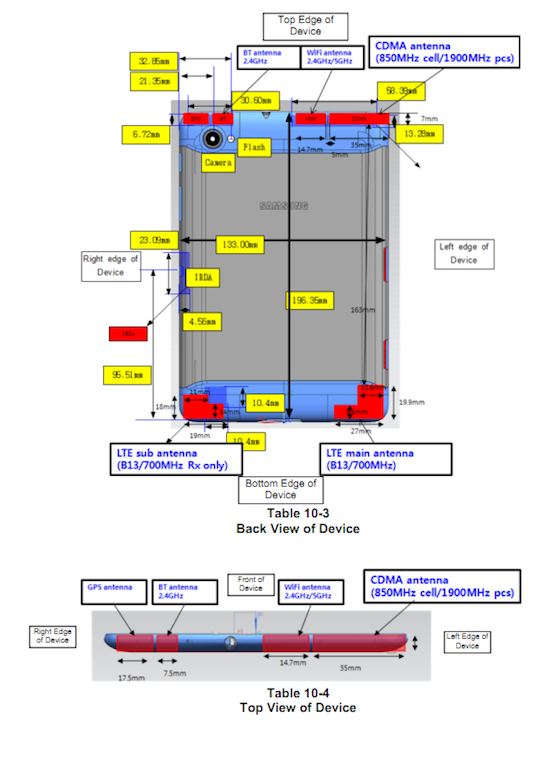