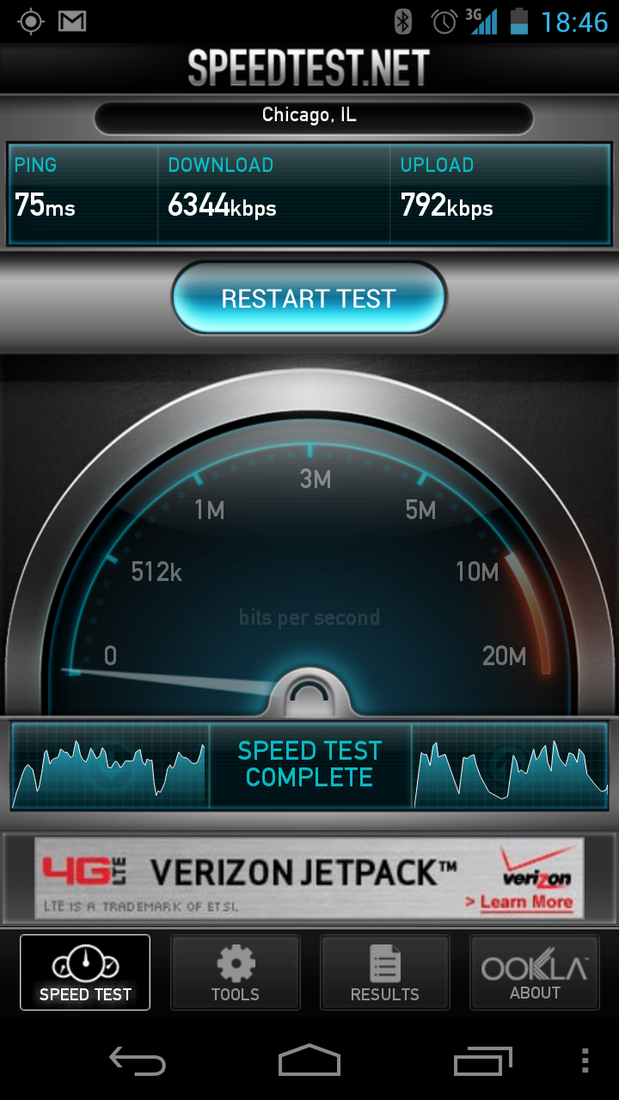 When I purchased my unlocked GSM Galaxy Nexus a few weeks ago, I switched from Verizon to AT&T. Starting a line without buying a phone from AT&T is pretty easy (just as it is with T-Mobile): walk into the store, explain that you've already got a phone, and they'll be happy to activate a line for you contract-free. They just pull out a SIM card and hand it to you. No complaints there.

Since then, though, I've dealt with some pretty miserable data speeds. I don't think I once saw a downlink over 1.5Mbps or a latency under around 125ms, and it was usually much slower than that. I did some Googling and saw a number of suggestions across the web (and Twitter) suggesting that I change APNs. The Galaxy Nexus — like many modern unlocked handsets — is capable of auto-sensing the appropriate APN for your carrier, and the one it uses by default for AT&T is the same "wap.cingular" setting that you're probably familiar with if you've tinkered with any AT&T device in the past five-plus years. Most of the recommendations online suggested using APNs called either "phone" or "pta" (Google around and you'll find them readily), but for the life of me, I couldn't get either one to work. Reboots, battery pulls, didn't matter — the "H" symbol would vanish from the status bar and I wouldn't have any data service at all.

Eventually, it occurred to me that these newer APNs might need to be provisioned for my account, since they're probably considered "4G" APNs intended for use with newer HSPA+ and LTE devices. Fine, no problem. I called into customer service, and after bouncing around between a few reps (the first one didn't know what an APN was), I was told three things:

The first two are true. The third, though, is a bald-faced lie. I don't blame the customer service rep — I don't think he knew he was telling a lie. But it's a lie.

In reality, the data plans are very different. AT&T's 4G plans — which are the exact same price as their 3G equivalents — unlock those additional APNs (which you can see are in use on any newer AT&T smartphone) and operate at much higher speeds when in HSPA+ service areas.

I tested this by slipping my personal SIM (from my Galaxy Nexus) into a Galaxy S II Skyrocket, one of AT&T's newest smartphones — capable of both HSPA+ and LTE service. I then called into customer service and simply said "I'm using a Skyrocket now." The representative promptly took my IMEI (which confirmed for them that I was using a Skyrocket) and switched me over to a 4G data plan. I then removed the SIM, put it back into my Galaxy Nexus, changed the APN from "wap.cingular" to "pta" and immediately got data speeds two to four times higher than I had been seeing before. Problem solved.

So the takeaway here is that AT&T is currently refusing access to top-speed HSPA+ to customers who wish to activate a "SIM only" line of service. Indeed, they appear to be saving it for themselves — only AT&T's self-branded "4G" devices, both HSPA+ and LTE, can be activated on the best data plans.* I'm fairly certain this isn't illegal on the bands that AT&T is using, but it's immensely frustrating and effectively introduces a new type of lock that artificially hampers unbranded devices brought onto the network.

*As a commenter points out below, this is strictly an issue of mapping IMEIs to plans and the fact that the carrier's "placeholder" IMEIs for SIM-only activations are identified as 3G devices — if AT&T has any unbranded devices that are denoted "4G" in its system, I would love to know about them. At the time of my activation and customer service call, the Galaxy Nexus definitely was not.

What do you do if you're caught in this situation?

If you come across a really friendly rep on the phone or in store, they might allow you to use an IMEI off a 4G device in their inventory to momentarily associate to your account and grant you access to the 4G data plans. Once you have it, it doesn't go away — it's just a one-time roadblock. That also means that if you've ever owned a 4G-branded AT&T device, you should be all set. This is only a problem for newcomers activating a SIM-only line and legacy customers who've never owned an AT&T-branded phone capable of HSPA+ or LTE.

Good luck out there, folks. Don't let The Man slow you down.