Evernote has released a 2.1 update to its app for Windows Phone devices that adds homescreen pinning, note templates, and support for several new languages.

Evernote has released a 2.1 update to its Windows Phone app that adds several new convenience-oriented features. Pinning allows users to add any Evernote item to their phone's homescreen, for quick access to specific notes, tags, and searches, and pinnable custom templates allow for one-tap creation of commonly entered notes. Improvements in the app's text editor have been made, along with support for several new languages including Japanese, Korean, Russian, and both Simplified and Traditional Chinese. Background sync over Wi-Fi and full integration with Windows Phone search are also bundled in the update. It's available for download now, so hit the source link below to check it out. 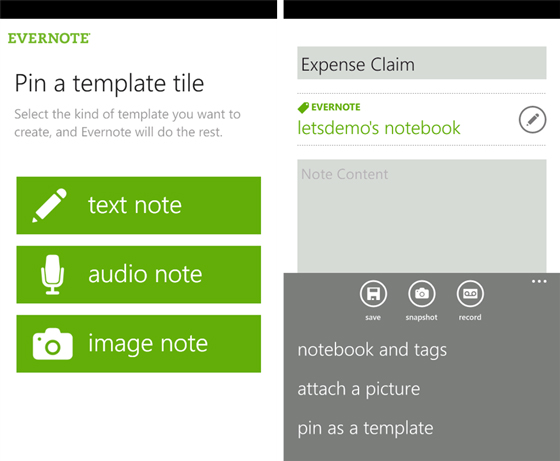