Research firm Metrico Wireless found that, on average, AT&T's LTE network is slightly faster than Verizon's. However, as users pile onto AT&T's network the speeds will likely drop.

We all love the great speeds that LTE brings along, but now that both Verizon and AT&T have live LTE networks, you're undoubtedly going to want to know which is the fastest. Research firm Metrico Wireless says it has the answer — it's found that, on average, AT&T's is slightly faster than Verizon's, and that LTE is typically five times faster than 3G. That's not surprising, however, as AT&T's LTE network has extremely low usage at this point (only three smartphones support it). Also, there's no overlooking that AT&T's currently covering just 15 markets with LTE, compared to Verizon's 190 markets.

When we first got wind that AT&T turned on its high-speed network in New York City, we got insanely fast speeds, though we'd assume those speeds won't last as more and more users pile onto the network. In our exhaustive torture test of Verizon's LTE network, we found that the seductive speed really was a fickle beast. Like Metrico, we found that speeds, reliability, and battery life varied wildly — but regardless of network or device, LTE's a definitive upgrade from the 3G services it replaces. 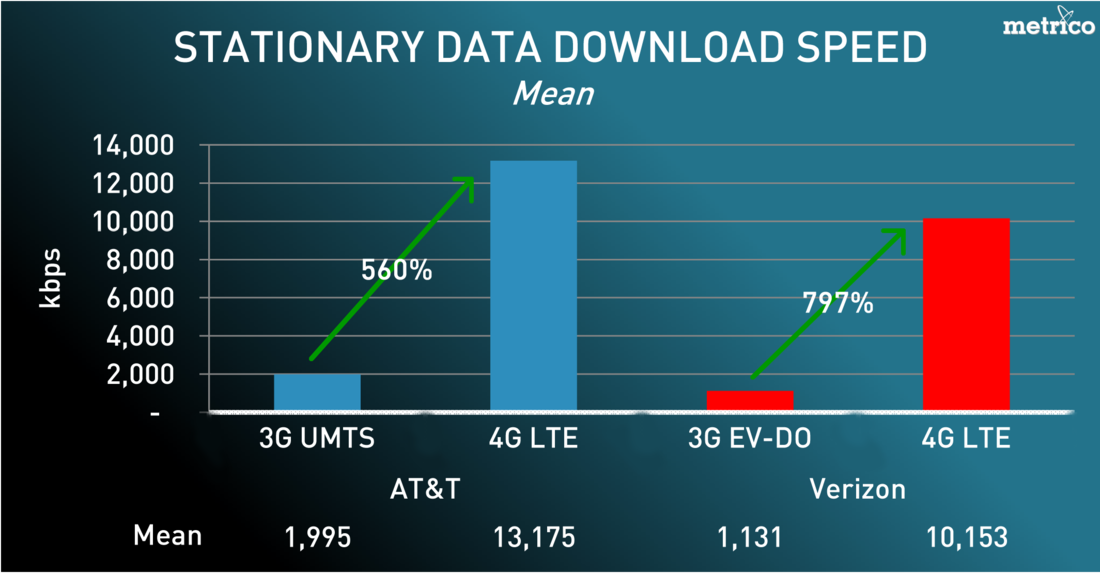