Looking to import a PlayStation Vita from Japan? Read this guide before you pull the trigger.

Share All sharing options for: PlayStation Vita import FAQ: what you'll want to know before buying a Japanese handheld

Perhaps you've got holiday cash burning a hole in your pocket. Perhaps you just love gaming. Either way, you're wondering whether you should import a hot new PlayStation Vita handheld gaming system from Japan, and you've probably got some questions about how to do it. Trust us, we've had those same thoughts. Find the answers below!

So what is this Vita thing, anyways?

Merely the most potent portable gaming handheld ever made. The PlayStation Vita (formerly Next Generation Portable) is a quad-core game system with graphics performance roughly twice that of the iPad 2, with a gorgeous five-inch AMOLED screen, twin analog sticks, front and back touchpad, a D-pad, eight buttons and six-axis motion controls. The standard unit includes Wi-Fi, but there's also a 3G variant that adds GPS as well. We gave the Japanese version an 8.5 in our full review.

Why would I want to buy one from Japan?

Two months to be on top of the world. It's up to you: if you wait until February 22nd, 2012, you can find one at your local retailer in the US, UK, or Canada, and it'll go on sale in Australia and New Zealand the day after. You can also buy this "First Edition" bundle to get your Vita one week ahead of the crowd. However, if you've got the holiday cash to import one from Hong Kong or Japan, you could be spending the next two months wowing your friends.

Yes, and that's the best part. According to Sony, the PlayStation Vita's game cards have no region lock. You should be able put US game cards into your Japanese system (or Japanese cards into a UK system, or HK cards into a US system...) and everything should work just fine. Downloadable games and content are a different story, though: like with the PS3 and PSP, there are different versions of the PlayStation Store for each region, and you can only have downloadable content from one of them... at a time, at last. See "I heard you can only have one PSN account per Vita" below to learn more about that.

Do I have to know how to read Japanese?

Not at all. One of the very first things you'll see after you turn the Vita on (after a length introductory video) is a screen where you can set the language for the entire system. Mind you, a little bit of Japanese wouldn't hurt if you're planning to visit the Japanese digital download store or purchase certain games, but Vita flagship title Uncharted: Golden Abyss can be played entirely in English, and both Ultimate Marvel vs Capcom 3 and BlazBlue: Continuum Shift Extend actually have English menus with Japanese subtitles. Also, look for "Asia versions" of import games for greater English possibilities.

How do I charge up the battery?

In North America, it's as easy as can be: the AC adapter is a 100-240V 50-60Hz model, so you can just plug the two-prong cord into the wall and start playing right away. All you'll need to change in the UK is the plug, and since the Vita's adapter has a standard figure-eight (two-pin) detachable power cord, you might even have one lying around the house. Also, remember that one end of the charge cable is USB, and you can charge from a computer when the Vita is switched off.

How much is it? Where do I buy?

There's the rub: if you want your Vita early, be prepared to pay through the nose. When it arrives in the US, a standard PlayStation Vita will cost $249.99, but importers are charging nearly double for the system. We're seeing the Wi-Fi model for as low as $479.90 at NCSX, $489 at Play-Asia, and $499.99 at YesAsia and JapanVideoGames, with the 3G variant carrying a $20-$50 premium over that. Expect to pay $15-$30 for shipping as well. We're hearing Sony is momentarily sold out, but if you've got any friends in Japan or in Hong Kong, you might want to call in those favors they owe you the moment stock picks up.

Do I need anything besides the Vita hardware itself?

Yes, you'll need one of Sony's proprietary memory cards. You can't even start certain games, including Uncharted, without a memory card for your save files, and you'll also almost certainly want extra space for downloadable titles. Sony just confirmed that Gravity Rush, one of the best-looking games we've seen for the Vita, will be only be available to download from PSN in the UK, and if that's where you reside and what you want, you may need a larger memory card. Again, you're looking at a hefty import fee. You can find the 4GB memory card for as low as $35, but expect to pay up to $60 for an 8GB chip (or $90 for 16GB) to cover your bases.

What games can I get?

The must-have title is definitely Uncharted: Golden Abyss, and if you're a fan of fighting games Ultimate Marvel vs. Capcom 3 and BlazBlue: Continuum Shift Extend look like winners too. Admittedly, those fighters are ports of games currently available on home console, so they're not exactly killer apps themselves. Here's what else you can get from Japan:

However, if you're willing to wait till February 22nd, here's the list of confirmed US launch titles, and there's a similar list for Europe.

How about PSP games?

Sure, but only if we're talking about Japanese PSP games, and only those that you download from the Japanese PlayStation Store using your Japanese PSN account. There's no UMD slot on the PS Vita to take your discs, of course, but even if you've already downloaded games using a US or European PSN account, you won't be able to transfer those games until Sony opens up the US and European PlayStation Store... and that probably won't happen until the Vita launches in those territories. Also, while Sony does have a "UMD Passport" program to give discount copies of downloadable PSP games to those that already bought a physical disc, many major publishers haven't joined the program.

Yes, but don't expect to do much with it right now. Again, the US and European versions of the PlayStation Store aren't open for business quite yet, but once they are, your Vita should be fine with the wholly English networks.

So how do I make a Japanese PSN account?

Here, watch this handy video. This is how it's done on the PlayStation 3: 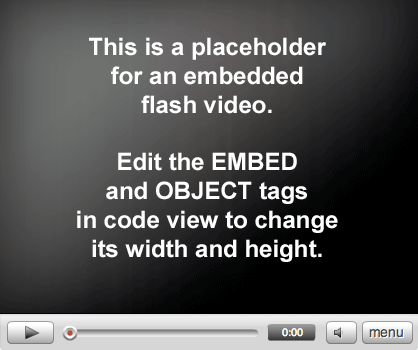 I heard you can only have one PSN account per Vita. What does that mean?

If you want to switch between two accounts -- say, US and Japanese, or perhaps yours and a friend's -- you will have to factory reset and reformat the Vita hardware. That doesn't mean you'll lose your purchases, which are tied to your PSN account, nor your savegames, which you can keep on a memory card and back up to a PS3 or PC. What you will lose, however, is access to games and content you downloaded with a different PSN account, not to mention time spent reformatting and restoring the system. Also, it's important to note you can't swap memory cards with a friend, they're tied directly to a single PSN account, and it's easy to misplace your trophies when swapping around. Trophies are also tied to both your PSN account and PS Vita hardware, so you'll need to set up the proper account on a system and synchronize trophies to have them show up.

Will I have trouble using US software and services later on?

Honestly, it's hard to say. When it comes to downloadable applications, you should be able to get most things from the local PlayStation Store, but when it comes to system software updates we're in relatively uncharted territory. We're honestly not sure if Near will let US and Japanese handheld users connect with one another, in fact. We reviewed our Japanese unit in Japan, after all.

What about the 3G / Wi-Fi model? Can I use a local SIM card and have data on the go?

We don't have final confirmation yet, but we're hearing some interesting reports: allegedly, the Japanese version is locked to NTT DoCoMo's network, but the Hong Kong variant may not. What's more, the AT&T-exclusive US 3G variant to be locked to the carrier come February, but Sony's publicly stated that the European model (which comes with a Vodafone SIM) will not be locked to a particular network. Decisions, decisions...

Where can I read more?

We're following every major new development for the PlayStation Vita in this storystream, and you'll find gobs of information in our full review. Also, don't hesitate to check out Sony's online manual before you pull the trigger!