While it may not match Apple or Google's gigantic app stores yet, Microsoft's Windows Phone Marketplace has just hit a milestone with the publication of its 50,000th app.

Source All About Windows Phone

While it may not match Apple or Google's gigantic app stores yet, Microsoft's Windows Phone Marketplace has just hit a major milestone with the publication of its 50,000th app. According to All About Windows Phone, which tracks apps using XML listings generated by Microsoft, growth is accelerating — the store reached 50,000 apps published about a month and a half after it reached 40,000, and the last three weeks in particular have seen apps being added to the store at nearly double the rate seen in the weeks prior.

While the iTunes app store and the Android Market both have 10 times the apps that the Windows Phone Marketplace has, it reached 50,000 apps in less than 14 months — quicker than Android, Symbian, or BlackBerry. iOS made it to 50,000 fastest, but there was already an installed base of iPhone users clamoring for 3rd party apps, which helped make iOS development more of a safe bet. It's worth noting that, because a number of apps were removed by either the publisher or Microsoft over the last year, there aren't actually 50,000 apps currently available — but the speed in which Microsoft is building up its portfolio is noteworthy in a world where apps are just as important as your OS or hardware. 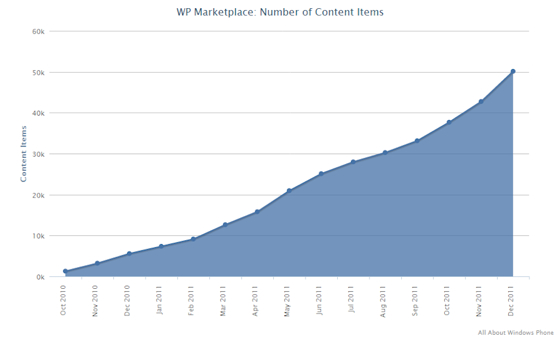 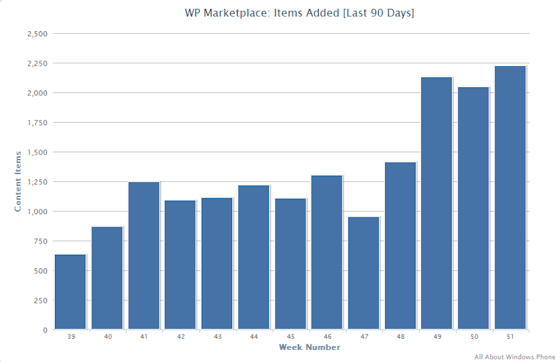