The first images of the Nokia Ace LTE Windows Phone for AT&T may have leaked, thanks to a holiday greeting card.

We knew Nokia was readying an LTE Windows Phone for AT&T called the Ace, and now we may have our first look at the device — thanks to a holiday video greeting. According to PocketNow, one of Microsoft's partners sent out the video, which features an image of a Nokia phone with Lumia 800 design cues, a relocated earpiece, 4G logo, and a front-facing camera. Given the presence of the camera and some changes in the bezel, it's not clear if this is the LTE variant of the 800 we first heard about back in November, but it definitely falls in line with the new HTC and Samsung LTE WIndows Phones we know are on the way. Both of those new devices are expected to run a version of Windows Phone 7.5 Mango. With the Ace rumored for a March release — putting it ahead of the second quarter debut of Windows Phone Tango — we expect the same to be true for Nokia's new phone. We'll have more information at CES as Nokia's Rolling Thunder takes to US shores. 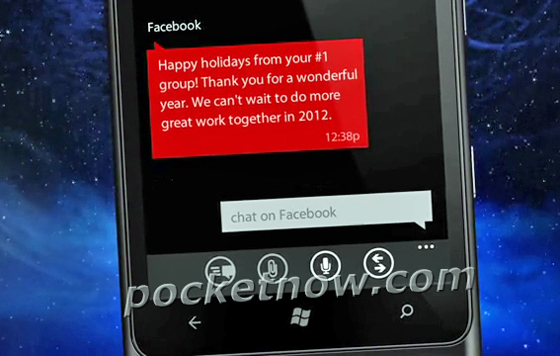