My problem with many modern UIs is that they never get past the telling phase. They're always dressing up their various functions with glows and bevels and curves, and in the process they somehow become overbearing to my senses.

I have a kneejerk reaction to most modern computer user interfaces (also, all microwave user interfaces). I've used plenty of excuses over the years: my "eye for design," my love of minimalism, a sense of utility. Today, I finally put my finger on it, and it's not just a desire for the-computer-as-pure-machine, or a spartan aesthetic. It's quite simple, really: I don't like the condescending tone.

Growing up I was always very small for my age. I didn't mind the size ("the bigger they are, the harder they fall!" was my rallying cry), but I hated being thought of as younger than I was, be it in physical or intellectual capabilities. When you're a knowledge sponge as a kid, the first time someone tells you something, it feels amazing, and you love that person. The second time someone tells you the same fact, it's pure torture. "I know this already, I'm not an idiot! Sheesh."

My problem with many modern UIs is that they never get past the telling phase. They're always dressing up their various functions with glows and bevels and curves, and in the process they somehow become overbearing to my senses. "Did you know you can click this? Don't forget there's a save button over here! Let me walk you to your control panel." Imagine a car that verbally explains all of its various knobs and levers the first time you get into the car. Wonderful, right? Now imagine that car explaining all of these various functions every single time you get in the car for the next five years, until you finally snap and drive it off a cliff.

An example of this is the dramatic, quasi-utilitarian animated transition. The first few times, it's conveying important information: click that button? That launches this action! Swoosh. The next 10,000 times, it's mainly just slowing me down. A "wizard" is supposed to ask a pertinent question that eventually leads me to a specific control panel, but once I know the actual control panel I want, the friendly "wizard" is more like a guard at the gates. The Ribbon in Microsoft Office products (which is making its way to the file manager in Windows 8) is constantly talking down to me, assuming I don't know how to use a menu, a key command, or a honest-to-goodness toolbar.

But it's not just functionality, there's something deeper that bugs me, about the decorations themselves. Like the ubiquitous drop shadow. "Did you know that this window is on top of this window?" it whispers to me, endlessly. Apple's love of reflections and faux 3D subtly imply to me that I might be lost, needing landmarks and a sense of place to find my way. Microsoft's oddly-sized minimize / maximize / close buttons in Windows 7 are only there to help, but they also hint at some lack of eye-hand coordination on my part. Soft edges, endless gradients, and rounded corners seem designed to keep me from hurting myself on an acute angle, as if the desktop is a choke-proof toy for babies, instead of a sharpened pencil. A huge graphical icon representing an app might look incredible and enticing, but after a while it's sort of oversharing. It's constantly reintroducing itself, in case I didn't catch its name the first time. 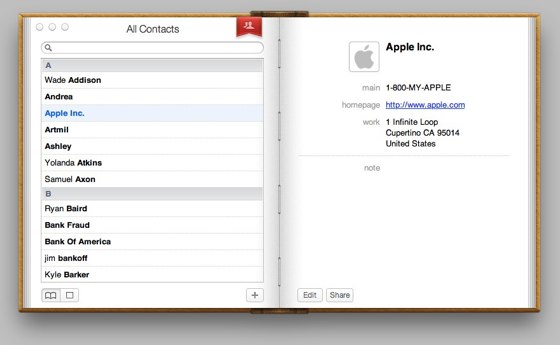 And of course, there is the transgression of the century: Apple's downward spiral into overt 1:1 metaphors. The physical bookshelf, the leather desk calendar (complete with a torn page), the false-paginated address book, whatever Game Center is trying to pull off. At least Cover Flow's LP-flipping simulation was cute and emergent, if quickly tiresome, but these new tricks are horrible and offensive. They're not only condescending and overwrought, they're actually counter-functional. For some true analysis of Apple's recent sins in this department, check out John Siracusa's in-depth look over at Ars Technica.

For reference, here's where we started:

Of course, seeking out an aesthetically pleasing interface seems a nice goal. The muted chrome of Lion is really (relatively) wonderful, and I like the vibrant color palette of Windows 7. These are truly great efforts, by great designers, but I still can't help but feel like they're taking the operating systems I knew, in all their "ugly" 1990s glory, and dressing them up in Little Lord Fauntleroy suits. Perhaps without the limitations of a finite number of colors and pixels to force simplicity, UI designers just don't know what to do with themselves. I'd argue they do too much. Luckily, OS X has improved some over recent years, reining in the horrible early 2000s excesses of Aqua (minus the aforementioned iCal and Address Book), but Microsoft's traditional, windowed desktop experience seems to be trending in the opposite direction. 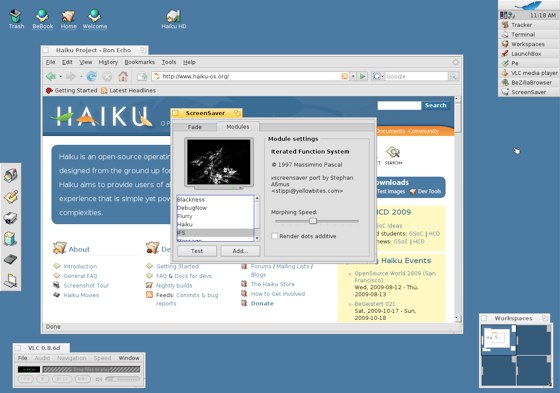 Ultimately, an OS is much more than its chrome, it's about what it can do, and how efficiently it can do it. I know plenty of people who, like me, pine for BeOS. Many of us never even used BeOS, or at least not seriously. And yet we check up on the Haiku blog (Haiku is an open source project to rebuild BeOS from the ground up) every month or so, hoping against hope that BeOS will return to save us from overwrought UI, and the overwrought kernels underneath. BeOS is purely digital, with a sort of 8-bit charm, complete with pixel-perfect isometric icons. It's much like the appeal of "retro" indie games, which deal in our native, shared gaming language and metaphors, not something borrowed from action movies or an overblown sense of virtual reality. But it's all a fantasy, really: I'll probably never be able to do even a fraction of my daily work on Haiku. Just like how my SNES will never run Skyrim.

Maybe Microsoft's excellent "Metro" design language, which is on Windows Phone, and is headed to the Xbox and the Windows 8 Start screen, is the answer. Microsoft itself describes Metro as "authentically digital," which seems like a great place to start. Still, even Metro seems to be a little over-designed at times, with its oversized fonts bleeding off the screen, low information density, and an abundance of swoops and swipes. It's saying "look how minimal I am," but in the loudest way possible. I'm still waiting for my UI knight in shining armor. 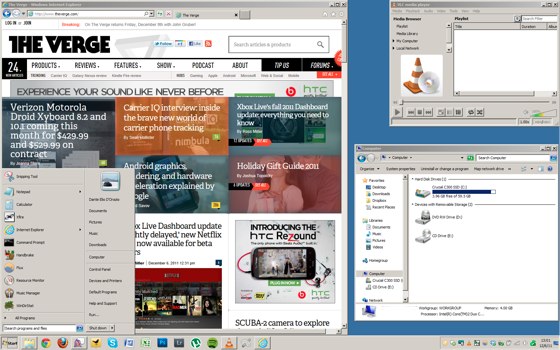 In my personal quest to escape the condescension, I recently switched my Windows 7 install over to the "Classic Theme," which is basically Windows 95 incarnate, just with all the under-the-hood improvements I've come to rely on. I really like it. It feels right, and if it isn't beautiful, at least it's honest. I wish there was a similar OS 9 mode for OS X. Sometimes I like to dink around in Terminal, accomplishing nothing, but at least knowing that I'm engaging the computer on my own terms, with no buffer. Maybe someday someone can port over the old NeXT UI to OS X, or perhaps Mac OS X Server 1.0's approximation of OS 9's chrome. The retro affectations are silly and quixotic, but at least now I know why I put myself through these contortions. I'm a grown up! Sheesh.