Sure, Lenovo hasn't done a great job of keeping a lid on its new premium ultraportable, but that doesn't mean the official unveil of the Thinkpad X1 is any less exciting. The 13-inch laptop is far from just another thin and light ThinkPad in Lenovo's stash -- this one is actually packed to the little red nub with new tech and a totally fresh design. There's a lot to talk about here, so hit the break for a deeper look at what some at Lenovo are calling "the best ThinkPad ever." 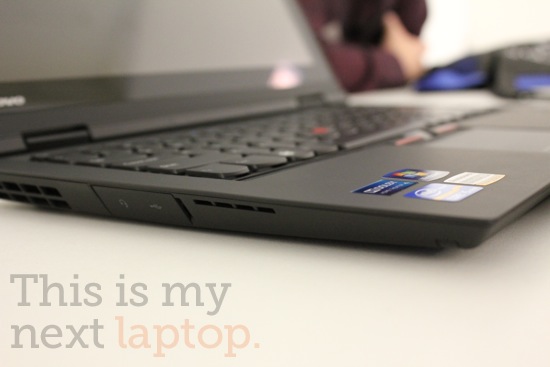 It should be clear by now that the X1 isn't your father's ThinkPad. Lenovo's design team spent a lot of time looking to move away from the outdated black box look of its laptops, and the new 3.8-pound magnesium machine has a much more contemporary aesthetic. The flared edges don't only look nice but they make it easier to grab the bottom of the machine. They also give it a slimmer look -- the chassis measures .65 inches at its thinnest point and .85 at the thickest. As you may have guessed, the "thinnest ThinkPad ever" doesn't have an optical drive, but it boasts a very healthy list of ports. It's got Mini DisplayPort, HDMI, and Ethernet jacks. Additionally, there are USB 3.0, USB 2.0, and eSATA / USB combo sockets. A 4-in-1 card reader lives on the edge.

However, bigger changes await under the lid. If you're looking for the traditional ThinkPad keyboard, you'll want to head straight for the T Series or X Series order pages. Lenovo's introducing a whole new panel on the X1, and it's no small addition. The chiclet keyboard is a combination of the one on the Edge line and the more classic ThinkPad layout. The bottoms of the keys have been rounded or given "a smile," as Lenovo's VP of Design David Hill put it, and the shape specifically allows for a greater "forgiveness" area. Hill actually drew the diagram below out for me when I met him last week to explain just how the shape creates for a better typing experience than those standard chiclet layouts. You can see that the new shape creates for greater space around the keys, but you don't actually have to stretch your fingers any farther. All the details aside, I've always been a huge fan of the Edge keyboard, but the curved keys on the X1 feel even better. And the fact that it's now backlit, pretty much seals the deal. 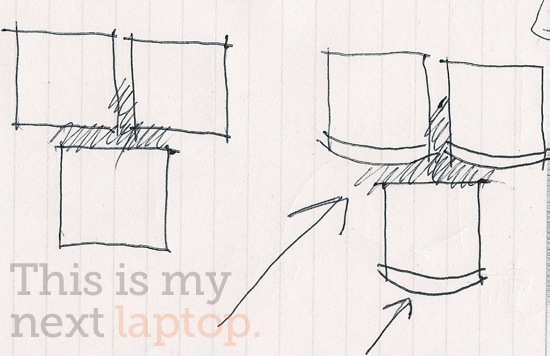 There's also no shortage of mouse options. In addition to the typical red pointing stick, there's a fairly large ClickPad. On top of all of that, the X1 is also ready to take a beating with its military specifications. The 13.3-inch, 1366x768-resolution display is covered in Corning's Gorilla Glass and the keyboard is spill-resistant -- you can even see the drain holes when you flip the rig upside down. Sadly, the screen isn't matte, but it does have a flush glass bezel. 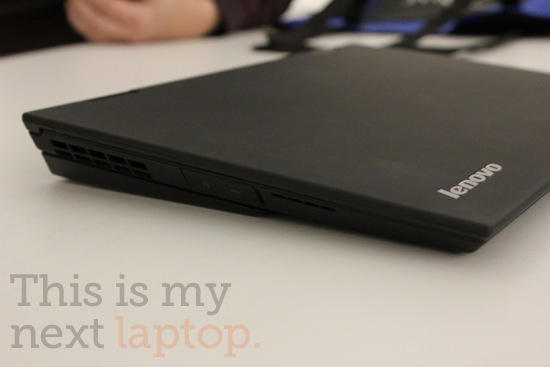 The X1 will be available with an assortment of Core i3, i5, and i7 processors. Sadly, there are no discrete graphics options, but it will support up to 8GB of DDR3 RAM and have a slew of SSD options. All configurations will include Intel's WiDi 2.0, Dolby enhanced speakers, and an HD webcam. I don't have the exact specs on the $1,399 entry-level model, but I assume it will have a Core i3 processor, a standard hard drive, and about 4GB of RAM. As soon as the order page launches, I will update the post.

Lenovo promises five hours of battery life with the non-removable 38.4Wh battery. However, it will also offer a $150 slice 35.5Wh battery that should jack the battery life up to 10 hours when attached to the bottom of the system. As you can see in the shot above, it blends quite well with the chassis, even if it does add a bit of heft. The bigger battery news is that both tout Lenovo's new Rapid Charge technology, which promises to charge the cells to 80 percent in just 30 minutes. On top of that, the fast charge cells are said to last up three years.

It was just last week that I pointed out that HP's new ProBook 5330m was more than just a business laptop, and Lenovo's new ThinkPad X1 represents a similar trend in business rigs. Everything from its new rugged features to its incredibly thin design indicate that this machine is destined to go way beyond the boardroom. I'm looking forward to taking a deeper look at the system, but for those that just can't wait, it should be up for order tomorrow for $1,399. Hey, no one said it was going to be the cheapest ThinkPad ever!