Share All sharing options for: HP Mini 210 and Envy 14 updated, no webOS on boardyet

Oh sure, the kids aren't even out of school yet, but that's never stopped laptop manufacturers from starting to unleash its back-to-school systems. Oh yes, that season is upon us and HP's kicking it off with some refreshes to its HP Mini 210 netbook (yes, it remains committed to netbooks!) and Envy 14. As you probably gleaned from the headline, HP hasn't yet taken the big step of bringing webOS over to Windows as we thought they might have for the PC-heavy season, but there are some other notable updates to the two. Hit the break for the details and some hands-on shots.

Oh, how the times have changed. Two years ago HP's best looking netbooks started at $400, but the new HP Mini 210 starts at just $299.99. And there's nothing quite budget about it -- it's been redesigned with a new soft-rubberish lid (available in five colors), an edge-to-edge 10.1-inch display, and now has a flush touchpad with two dedicated mouse buttons (see ya later, ClickPad!). It also still has an incredibly comfortable, spill-resistant chiclet keyboard as well as an flush six-cell battery, which promises over eight hours of battery life. And to top it all off, HP's also infused its love affair with Beats Audio into the system and the on-board speakers should provide some quality sound for the size.

Internally, we have to say we're a bit shocked at the lack of a major spec increase. The netbook will be available with Intel's single-core 1.66GHz Atom N455 processor; there's no dual-core option at the moment. Intel's Cedar Trail isn't expected for another few months, but of course, there's always the AMD Fusion-powered Pavilion dm1z for those seeking a bit more power for under $450. Not to dwell too much on the webOS integration, but considering the netbook has HP's QuickWeb 3.0, which is a stripped down pre-boot environment, this sort of system seems like an obvious choice for the Palm OS port. Hey, and while we're dreaming, we also have to say it seems perfect for HP's Touch to Share integration. Make it happen, HP! 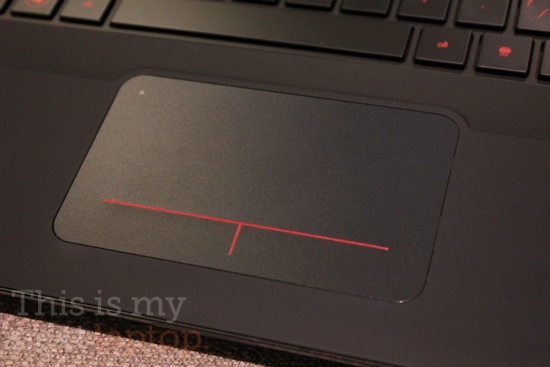 We can't really blame HP for not messing much with the 14.5-inch Envy 14, you know, considering it was one of the best laptops of 2010. The etched metal alloy chassis has been kept in tact, but HP has added an USB 3.0 port and retooled the once-wonky touchpad. The pad now uses Synaptics latest image sensing technology and there's a slight raised line dividing where the buttons meet the rest of the pad. The remaining updates are all internal. The system will still start at $999.99, but will now be available with a range of Sandy Bridge processors and AMD's latest Radeon graphics. In addition, HP's added its CoolSense 2.0 technology, which should help keep those warmer temperatures under control. Both the Mini 210 and the Envy 14 will be available on June 15.