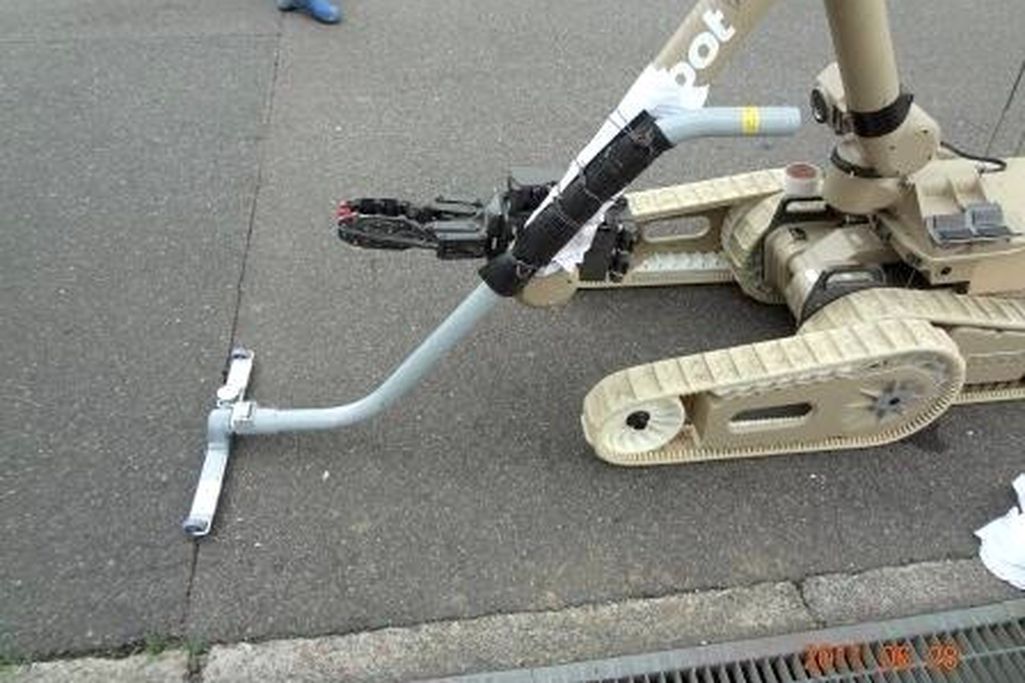 Driving robots around sounds like a fun job, but the technology runs far behind our imaginations.

The Fukushima Daiichi nuclear power plant cleanup has spawned tons of media coverage, but a blog written by an anonymous robot operator (who goes by S.H.) offers an amazing new perspective on the effort. Sadly, after gaining a bit of traction in Japan, the entire blog was pulled, along with the author’s YouTube footage of robotics training. Luckily for us, IEEE Spectrum’s Automaton blog has gone through the trouble of posting an archive of the robotics-related posts. It’s a great (if scattered) narrative, and well worth reading.

It also reminded me of something: I’m a terrible person.

I obsess over robotics, but every time another university research team rolls out a new method of locomotion (“this robot folds over itself and then excretes a gel to grow itself to twice its height, allowing it to climb stairs at the rate of one step per hour!”) I roll my eyes and scroll to the end of the press release, just to confirm my fears. Inevitably it reads: “potential applications include search and rescue.” It annoys me to no end. “Doesn’t anyone dream higher?” I ask myself in a grating, nasally voice. I want a robot in my home serving me drinks, not another robot scrambling over rubble at a glacial pace, you know, saving people. Like I said, terrible.

Most of all I feel like the problems of simple terrain navigation (something humans and animals have little trouble with) should be solved by now, but as the anonymous Fukushima operator explains, we have a long ways to go. It’s not that we’re short on ideas for locomotion, but that the complications of reality typically present problems the lab can’t foresee. That’s why, despite millions of dollars in innovation over the years, the four robots iRobot shipped to Fukushima for S.H. and his colleagues to navigate a highly damaged, radiation-riddled facility, have more in common with RC cars than Cylons.

Even with the bulletproof, what-can-go-wrong nature of the iRobot PackBot and iRobot Warrior, plenty did go wrong for S.H. and his / her team. The robots are designed to climb stairs, but they often require manipulation of their robotic arms to keep their balance, which is a complicated thing to control. The lightweight, agile PackBot quickly needed maintenance, while the beefy Warrior couldn’t fit into some tight spaces. Wireless range alone wasn’t sufficient, so the team had to wheel one robot in to work as a wireless bridge for the second. Irregularly shaped rubble proved a challenge, as did a slippery set of stairs. Oh, and doorknobs are the realm of only the most expert human operators — most of them, unsurprisingly, with a history of video games.

I’ve actually operated a PackBot myself, and I found it very intuitive — I managed to roll over to a bottle of Mountain Dew and pick it up with the grabber on my first try (thanks, Spyro the Dragon). Still, I wasn’t allowed to drive the expensive bot up any stairs without further training, and my obstacles were minimal. I also had a line-of-sight with the bot at all times, and I was in iRobot’s literal backyard. It’s the real world that mucks things up (not to be confused with MTV’s Real World). If all the technical challenges weren’t enough, bureaucratic pressures and an overbearing media were also presented as threats to the Fukushima mission’s success.

S.H.’s narrative reminded me of another surprisingly spellbinding tale of robotic technical difficulties. Stone Aerospace, which has been parlaying experience with cave-diving into robotics research for NASA trips to Europa and Earth’s own moon, sent its ENDURANCE underwater bot to a lake in Antarctica for a two-part mission in 2008 and 2009. The highly documented trips are a perfect illustration of Murphy’s law, and well worth reading — buoyancy problems and fiber optic cable tangles have never been so thrilling. What’s clear is that robotics operation isn’t a world of cowboys and hotshots. In fact, an OCD-style personality would probably be a boon. I might’ve picked up the PackBot’s Xbox-style controls in a few minutes, but would I be patient enough to painstakingly operate the robot inch-by-exacting-inch through rough terrain over the course of four hours? Unlikely.

Some of humanity’s greatest triumphs in robotics have been blasted into space, and they didn’t come cheap. Building a lightweight payload that can withstand a jarring landing on Mars and then proceed to do science while navigating tricky terrain and collecting enough energy to keep doing those things… well, it’s not easy. It’s billions of dollars not easy, and obviously local governments need to keep costs in the low thousands to make robots truly affordable (and expendable) in their actual search and rescue operations. Once a disaster happens you can’t spend five years designing and testing the perfect robot for the job — there are lives at stake this very second. Hence the glorified RC cars (and precious, fragile human beings) we’re stuck with until there’s a real breakthrough in the field.

I don’t have any solutions to offer; people much smarter than me are working on this problem. I just wanted to say I’m sorry. Endless locomotion experiments might feel stale after a while, but it seems like stale and stable and Murphy-proof are exactly what we need a little more of in this industry. Until then, the likes of S.H. have to be patient with the limited tools at their disposal — I’m guessing the “controller throw” and the “rage quit” are two skills best left behind in Halo-land.