IK Multimedia is best known for SampleTank and a whole host of music peripherals for iOS devices. As you've probably guessed (if you were paying attention to the title of this post), CES will see no shortage of new kit from the company this year. First off, iRig Mic Cast is a compact mic with two recording modes, a 3.5mm headphone output, and two free apps: iRig Recorder for capturing voice and VocaLive, a multi-effects processing app for singers. Available in Q1 2012 for $39.99. Next up is iRig Mix, a portable DJ mixer with stereo inputs for two devices, EQ and volume controls, cue and crossfader. Output courtesy stereo component cables. The package includes the newly released DJ Rig software and will be available in February for $99.99. Last but not least, iRig Stomp a compact aluminum-cast stomp box interface for AmpliTube on iPod touch, iPad, or iOS that features a foot switch and big ol' input knob. Available Q2 sometime for $59.99. 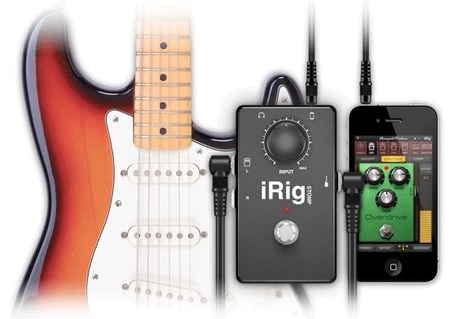