While we were ogling Sony’s new Xperia Ion, two new Sony Ericsson branded handsets were released by NTT Docomo for the Japanese market. Both the Xperia NX SO–02D, pictured left, and the Xperia Acro HD SO–03D (below, pictured left) feature the same 4.3-inch 720x1280 Reality Display LCD, Android 2.3, 12-megapixel camera, and 1.5 GHz dual-core processor. Where the 03 (pictured above and below right) stands out is in the addition of water resistance —– a first for the Xperia line — on top of other typically Japanese features like one-seg TV tuning, NFC digital wallet, and infrared (no LTE though). If you’re in Japan and you like what you hear, the NX SPO–02D will be arriving in stores next month, while the Acro HD SO–03 will be showing up some time in March. 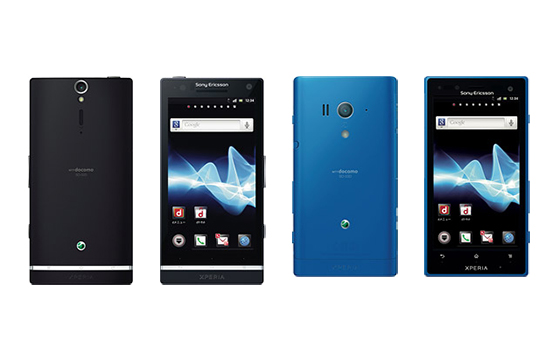