Intel just announced a new reference design for a tablet with a display that slides along the keyboard and folds onto it to work in either laptop or tablet mode. It looks a bit like the sliders from Sony and the Samsung Sliding PC 7. The tablets will run on Ivy Bridge silicon — probably including the integrated graphics — and have built-in NFC, which was shown this morning. Intel demoed some games with the ability to use your phone as a remote control, and the processor's ability to eat up a live remote video feed.

To deliver TV and Movies to the tablet, Intel has partnered with Technicolor and Dreamworks on an app called M Go available in the AppUp center. Of course, you can also watch your digital media on a TV using Intel's own WiDi technology for connecting to wireless displays. The whole process of opening the app, buying a movie, and watching it on a TV seems pretty slick. You can even choose to make your purchases using NFC with a credit card or smartphone. 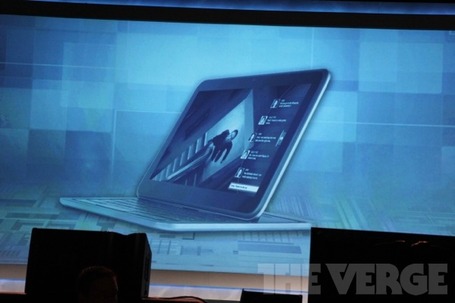 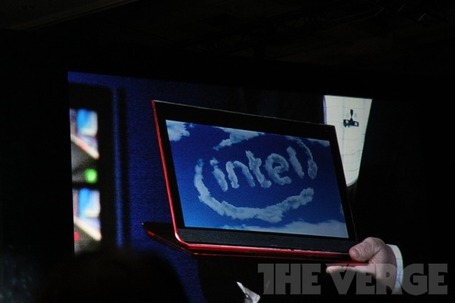