The London Transport Museum has issued a clarification over its decision to ban DSLRs from the Aldwych station tour, as we reported last month.

Last month the London Transport Museum drew criticism over its decision to ban DSLRs from tours of the disused Aldwych Station. At the time, it was reported that the museum felt that DSLRs qualified as professional equipment, and were in contravention of the terms of the tour. However, The British Journal of Photography has been told by a representative of the museum that in truth, two other factors were bigger issues. First, since the station has 160 steps with no lift, it felt that having tourists carrying cameras, tripods, and other photographic gear presented a danger, and second that users of more advanced cameras were delaying the tour as they stopped to take pictures. 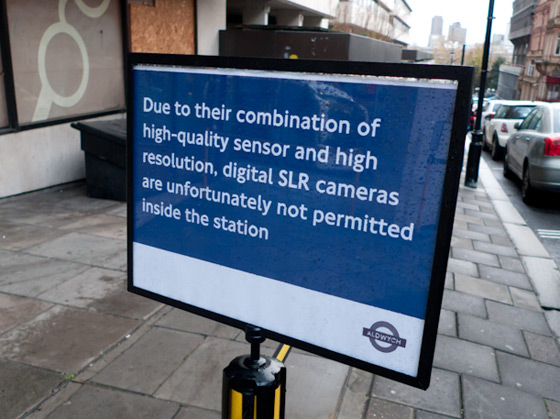 This reasoning makes a little more sense than the technical grounds given on the sign (above) that was posted outside the station tour for the first week. The museum has apologised for any confusion caused by the notice, though has not reversed the decision to ban the cameras. The spokesman said that a specialist photographers day may happen in future, but for now cameras on the trip will be point-and-shoot only.