Service providers stream content directly to the DLNA Premium Video certified set-top box / DVR which can then be accessed by any regular DLNA device on the home network. The standard is DRM agnostic and co-developed with a long list of DLNA alliance partners including Broadcom, Microsoft, Sony, DirecTV, Cisco, Verizon, and more. We're told that some devices will be software upgradeable to Premium Video. The alliance has a working demonstration with partners Intel and Comcast here at CES 2012, but no DLNA Premium Video certified devices have been announced. 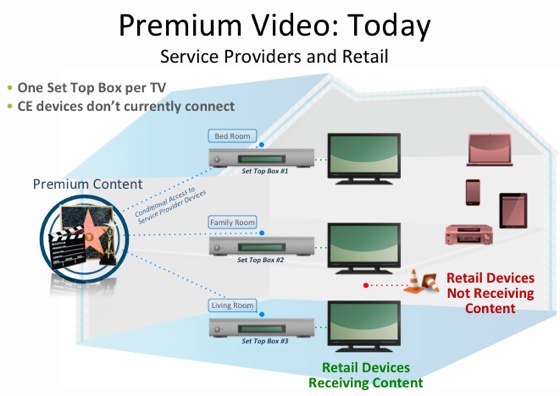