The Tamaggo 360-image viewer captures panoramic images using it's super-wide angle lens, and you can pan and zoom around the images using the company's Pure Player software.

Panoramic photo technology is nothing new, but the Tamaggo 360-imager is a standalone fisheye camera that packs a decent amount of technology into a relatively small form factor. The prototype we handled felt pretty weighty, but its unique body made it comfortable to hold. The camera's name comes from the Japanese word for 'egg,' an obvious reference to the device's shape.

It can capture 360-degree panoramic images with its 14-megapixel sensor and 11-component lens setup. The internal accelerometer allows for capturing images in two modes: hold it vertically for 360-degree shots (see below) or hold it horizontally to capture wide-angle panoramas. The Tamaggo has two physical buttons — a large one to take photos and an on / off toggle — and a 2-inch touchscreen display acts as the viewfinder. It's also got a microUSB port, Bluetooth, and Wi-Fi for viewing photos on a paired Android or iOS device, and will have an SD card slot in the final build.

The accompanying software solution is called Pure Player, and will let you pan and zoom photos on Windows and OS X. You'll also be able to embed interactive photos online, though its Flash implementation has questionable performance. Unfortunately the prototypes out on the show floor were non-functioning models, though the final hardware probably won't change too much. The company did, however, have a giant version on display to show what the photos will look like when the Tamaggo ships at the end of Q2. 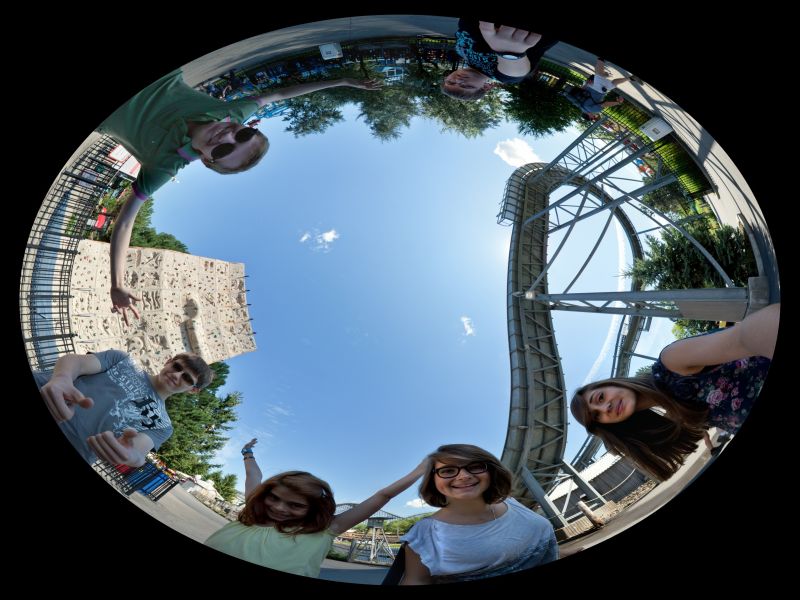 More from this stream The cameras of CES 2012