Sony has announced new speaker docks and updated its E-series Walkman line for the Japanese market, with all products to go on sale on February 11th.

Share All sharing options for: Sony keeping the Walkman brand alive in Japan with new player and speaker docks

Sony has announced a few new Walkman products for the Japanese market, all launching on February 11th. First up is the E060-series Walkman player, which comes in 2GB (E062) or 4GB (E063) varieties in four different colors. Pricing is open, but Bic Camera lists them for 8,980 and 10,800 yen (about $115 and $140) respectively. Adding around 2,000 yen to the price gets you a cute little color-matched speaker dock for the player to sit on top of. There's not a lot new with the player itself, save a noise-cancelling function designed to work with the designated Sony headphones, including the pack-ins. The design is also thinner and lighter than previous E-series models, while keeping the same 1.4-inch display.

Next, we have a couple of new Walkman speaker docks. The catchily-named RDP-NWG400B is a 2.1 Bluetooth speaker with a charging dock for Walkman players, and the RDP-NWM7 is a smaller affair with a carrying handle aimed at younger users. The products are another classic example of Sony keeping it in the proprietary family, but hey — if you've bought one of these Walkman players in recent years, it's probably nice to know they're there. 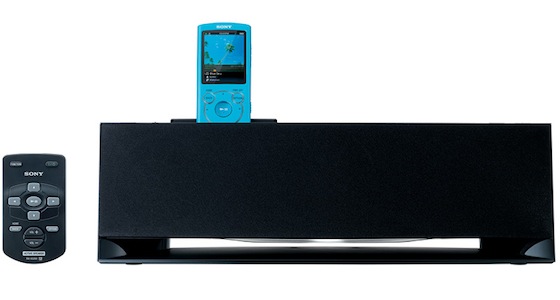 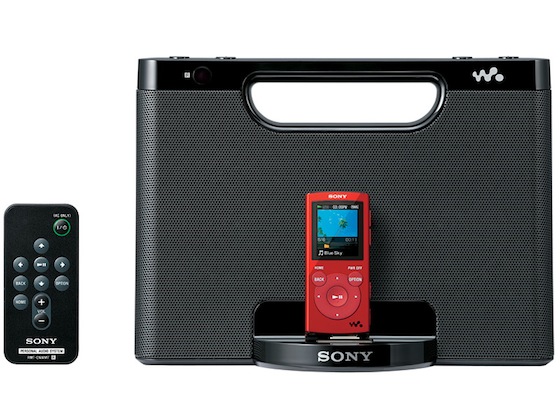