Fritz Goro's photography changed the way we look at the world around us. Life magazine is celebrating his contribution by publishing a gallery of some of his most striking images.

Fritz Goro's photography was regularly featured in Life magazine during the 1930s-60s, with his work appearing in the seminal The World We Live In series. Although he died in 1986, his work is still in the public eye — the magazine has published a gallery of images showcasing his most striking pictures. Goro's photographs gave the public a glimpse of the science of the era, from preparations for sending man to the moon to the first dialysis machines. He was also credited as the creator of macrophotography, giving people a totally new way of looking at the world around them. The images are invariably striking in spite of their age, and offer a fascinating look at the world decades past, including Allyn Hazard testing his "moon suit mock-up" in 1962 (above) and the effect of a laser on a razor blade (below). 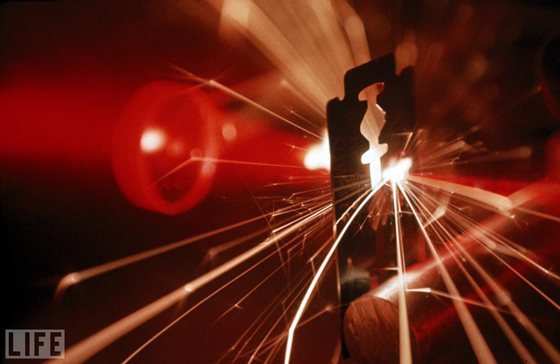