ViewSonic enters the smartphone market with the ViewPhone 3. The Android 2.3 phone is heading to Latin America in the second quarter of this year.

ViewSonic has become something of a household name when it comes to monitors and less-than-stellar tablets, but it's after more this year. You got it: ViewSonic is entering the smartphone market with its ViewPhone 3. The Android 2.3, 3.5-inch handset is far from a speed demon — it's powered by 800MHz ARM 11 processor and 512MB of RAM — but interestingly it does have two SIM slots. That's not because it's meant to be a global phone, it's because ViewSonic is launching the phone in Latin America and many Latin American subscribers have multiple subscriptions — thus, multiple SIMs. According to Forbes, ViewSonic does plan to sell an unlocked version of the phone in the US for around $250 in March, though it is really targeting the Latin American market. Forbes also reports that ViewSonic plans to put out a higher-end Android Ice Cream Sandwich phone later this year. You can check out the full specs of the ViewPhone here, and stay tuned for some hands-on pictures of impressions from CES. 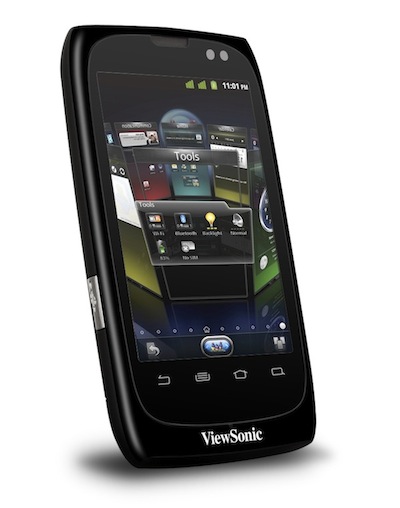