Verizon has announced the Motorola Droid RAZR Maxx, bringing extended battery life to the same 8.99mm-thin body, and a new purple version of the original Droid RAZR. The company is claiming a frankly hard-to-believe 21 hours of talk time for the Maxx, dubbing it the "longest-lasting smartphone on the block". As for the purple Droid RAZR, you'll notice from the picture below that it's actually mostly black — just like the white version. The 16GB purple Droid RAZR will be $199.99 with a two-year contract, and the Maxx will come in a 32GB variety for $299.99 on contract. 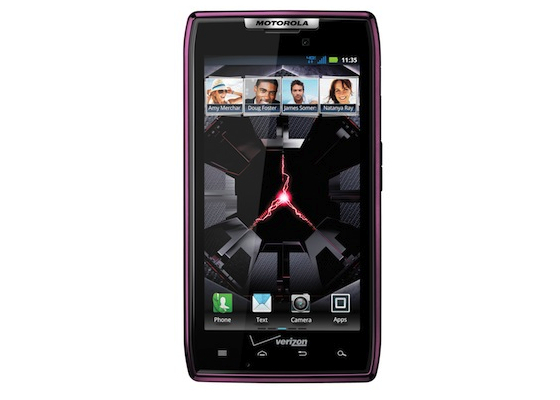 More from this stream The phones of CES 2012