Does Vizio's smaller, lighter laptop fare any better than its big brother?

When Vizio entered the Windows PC market earlier this year, company CTO Matt McRae told us that the manufacturer “didn’t skimp on a single thing” on its very first line of PCs. The laptops stand out because they’re free from ugly stickers, bloatware, and clunky design, and Vizio wanted to package it all with an affordable price to revolutionize the PC industry. Our own Sean Hollister reviewed Vizio’s 15.6-inch Thin + Light and he certainly found an affordable, attractive laptop, but his experience was marred by the computer’s three-hour battery life, laggy touchpad, and unresponsive keyboard.

This time, we’ll take a look at the smaller 14-inch Thin + Light, with a 1.7GHz Core i5 processor and 128GB of solid state storage. Can this device avoid the problems that plagued the 15.6-inch model, and be the “$2,000 PC for half the price” McRae envisioned?

The 14-inch CT14 is every bit as attractive as its larger-screened brother, with sharp, angled edges and an anodized aluminum surface. Vizio put a lot of effort into this laptop’s image, and it shows — even the power brick features the same cut corners and a cute color-changing LED indicator. It’s also smaller than the 15.6-inch model, but not noticeably thinner. The ultraportable CT14 weighs 3.39 pounds, but even though it’s half a pound lighter than the larger-screened model, it still feels quite dense compared to the Asus Zenbook Prime UX31A or Samsung’s Series 9. The slimming bezel design, black matte bottom, and the absence of ugly stickers all make for a very good-looking laptop.

However, people don’t just look at laptops. They use them. The pointy design may look good, but it certainly doesn’t feel good — the sharp edge turned my wrists into a dented, red, uncomfortable mess. Even opening the Thin + Light is a bit of a pain — the notch doesn’t allow for enough purchase to lift it against the force of the magnetized lid. At least once the lid is open, the hinge glides smoothly with little resistance and stays in place without jiggling or shaking. The 14-inch also has the same number of ports as the 15.6-inch (two USB 3.0 ports, an HDMI output, and a 3.5mm headphone jack), which is decidedly too few. An SD card slot and an Ethernet jack may not be necessities for everyone, but would be welcome additions for some. The CT14 will surely appeal to the design-conscious — some of whom may even be willing to sacrifice a little comfort for the extra flair — but a product you’ll use for hours every day has to be comfortable to use. After 20 minutes of pain, I was already willing to trade some of those good looks for anything more wrist-friendly. 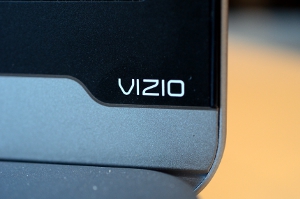 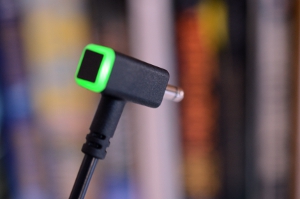 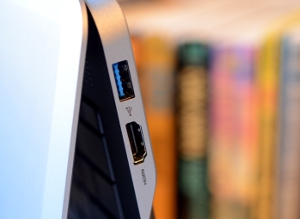 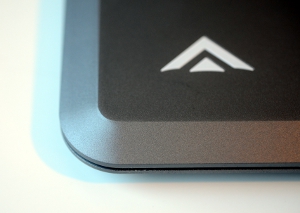 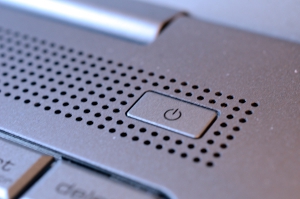 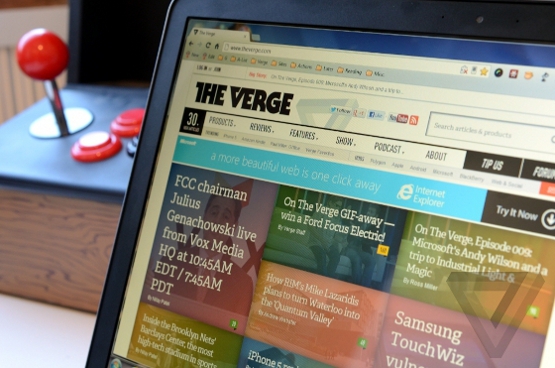 One of the 15-inch model’s few redeeming qualities is its 1080p display, and even though the 14-inch model doesn’t have one, the 1600 x 900 resolution screen matches the larger screen’s rich colors and deep blacks. The viewing angles are decidedly less impressive, though, and when you tilt your head in either direction, a faint yellow tinge creeps in from the side of the display. (To be fair, a lot of laptops, including the MacBook Air, have the same problem.) Colors invert pretty rapidly when tilting the screen forward or back, and do the same from the side, though to a lesser degree. Add in the noticeable presence of a pixel grid, and this screen is average at best.

The speakers — located in a single strip above the keyboard — are weak and tinny, and distort music and movies even at reasonable volumes. Aside from producing distant-sounding, compressed audio, they also create quite a bit of vibration that you can hear and feel at 50 percent volume and above. 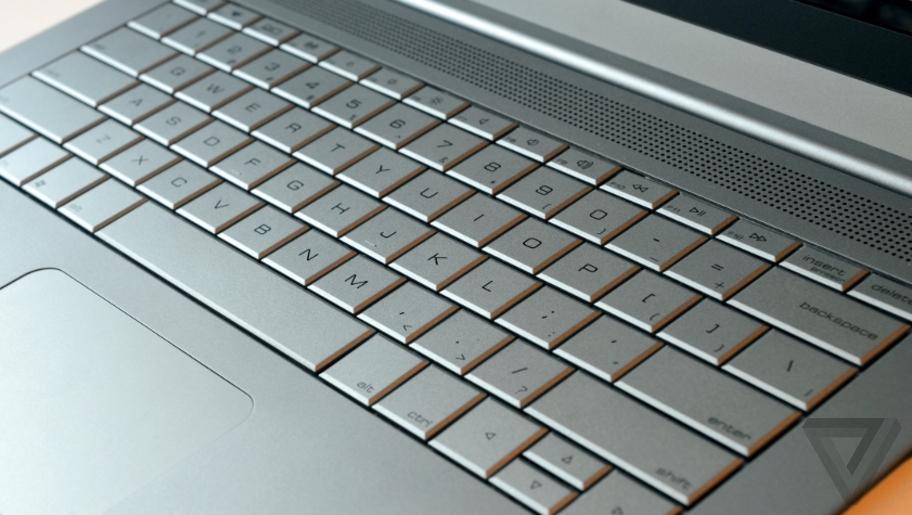 The keyboard and touchpad were deal breakers in our review of the larger model, turning what could have been a decent machine into a user’s worst nightmare. Does the 14-inch do any better?

Unfortunately, no. To begin, it has an ugly font and unusually designed arrow keys — the full-size left and right arrows sandwich the half-size up and down arrows that are stacked on top of one another. The design is likely the result of the company’s original intent to keep the keyboard one unified, flat slab, but in what seems to be a common theme, Vizio chose form over function. The keyboard is stiff and uncomfortable, and after using it for a work day my knuckle joints actually ached from the way the keys sharply bottom out. Unlike the 15.6-inch, I didn’t encounter many issues with the keyboard being unresponsive — I actually had the opposite problem. Instead, keys occasionally prodduce* a double letter (see? it just happened) for a single key press. I'm typing this entire review on the Vizio, and have had to constantly remove repeat letters, sometimes several times in each sentence. I’m a quick and light typist, so it’s certainly not the result of pressing the keys down too hard or too long, nor is it any individual key that’s causing the problem.

The keyboard also appears to be slightly warped, and is raised a little on the left side. It’s not too obvious visually, but it’s very apparent when typing — the entire left half of the keyboard feels mushy and hollow underneath, and if I press down firmly on any key, the whole side of the keyboard puckers inward. While this review unit didn’t come with any keys mounted askew like the 15.6-inch model, it seems like the tray is mounted poorly. The Windows, Alt, and Function keys also make a horrid clicking and crunching noise when pressed, which appears to be another symptom of the improperly mounted tray. One damaged unit could be a fluke, but the fact that both the 15.6-inch and 14-inch units shipped with defects leads us to think it’s a bigger problem.

The only thing I love about this keyboard has nothing to do with the hardware — it’s a piece of software called "Vizio FN Key Utility." The simple software sits in the system tray and allows you to easily switch the default between the basic F1-F12 keys and the action keys (like volume, brightness, and so on). It’s a godsend, and every laptop manufactured in the future should have something like it. 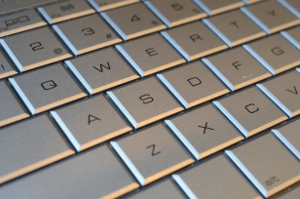 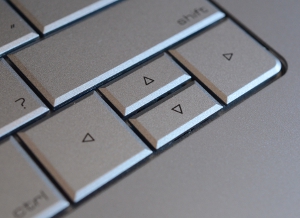 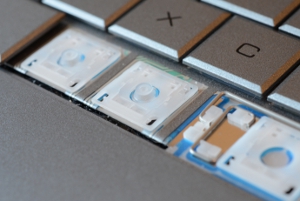 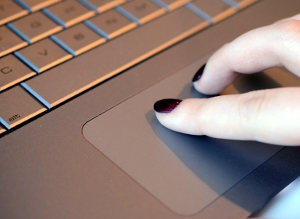 I have to agree with Sean’s assessment of the Vizio’s trackpad — it’s often laggy and unresponsive. Using the CT14 in my lap was extremely difficult, because the trackpad barely works at all with a fingertip, and only works a little better with the finger’s full pad. Even using as much finger surface area as possible, the cursor is occasionally jumpy and drifts around, and it’s very easy to overshoot an intended target in the effort it takes to get the cursor moving. Click-and-drag using the physical button is extremely difficult, and when it works at all, it starts and stops in fits.

There’s also a lag between using touchpad gestures and when something actually happens, which makes pinch-to-zoom, two-finger scrolling, and tap-to-click frustrating and virtually unusable. Luckily, there’s still hope: the touchpad itself is fairly smooth and my finger glides across it easily, so provided there’s not a deeper hardware issue with the trackpad's sensor or connection, these issues could potentially be fixed with future software updates. 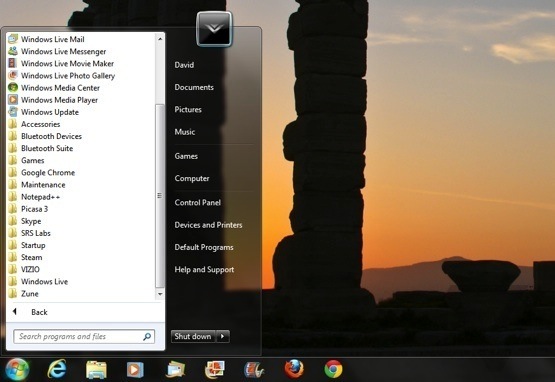 The model I tested can simultaneously handle a respectable number of browser tabs, Word, Steam, and background music easily. The CT14’s A1 configuration performs right in line with today’s standards, and like the 15-inch model, it boots in 16 seconds and resumes in two. Like most ultrabooks, the Thin + Light is a poor choice for gaming — the performance is mediocre, and the metal keyboard and matte bottom both get incredibly hot.

Aside from the bare minimum of Vizio programs that come preinstalled, one of the company’s best selling points is the absence of bloatware on its machines, the result of a deal with Microsoft. It’s refreshing to boot a computer for the first time and not have to deal with endless popups from McAfee, Norton, or whatever other annoying programs have been packed on. Few other companies are currently offering products unencumbered by bloatware, but I still harbor a misplaced hope that someday the tide will turn, and laptop — and even tablet and smartphone — manufacturers will place their consumers’ interests above lucrative partnerships. It’s not going to happen, at least not anytime soon, but at least Vizio realizes that free Norton Antivirus Protection for 30 days is not a blessing, it’s a curse. 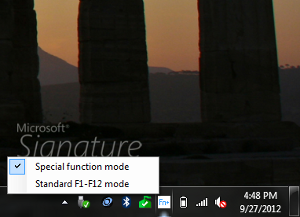 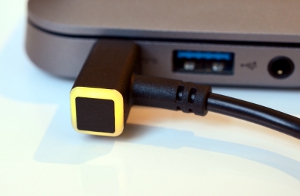 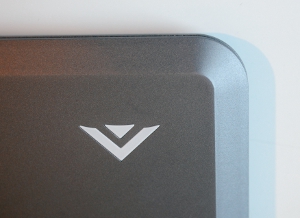 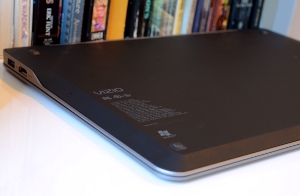 Another major issue with the 15.6-inch model is its poor battery life — at 3.5 hours it falls far short of Vizio’s 5.5 hour estimate. The 14-inch doesn’t live up to Vizio’s claim of 7 hours either; it died after four hours and nine minutes in our Verge Battery Test, which cycles through a series of popular websites and high-res images with the screen set to 65 percent brightness. In my real world testing, which consists of using the laptop as my primary machine for a full work day — two browsers with admittedly too many tabs, Pandora, and the occasional YouTube video — the Thin + Light didn’t fare much better, lasting just four hours and 40 minutes before dying. Its battery life is certainly on the low end of the ultrabooks we've tested. Even if the 14-inch lasts slightly longer than its larger-screened counterpart, it’s nowhere near enough to survive the full work day.

For most work, the laptop runs completely silently, but for downloads, installs, and light gaming, the fan ramps up a little to compensate. It’s not terribly distracting, and usually dies down again relatively quickly. The underside of the computer can get a little warm, but the black matte bottom does a great job of insulating and keeps the temperature from ever crossing into the territory of uncomfortable during everyday use. However, the bottom does get uncomfortably toasty and the keyboard will make your palms sweat from just a few minutes of light gaming like Team Fortress 2. 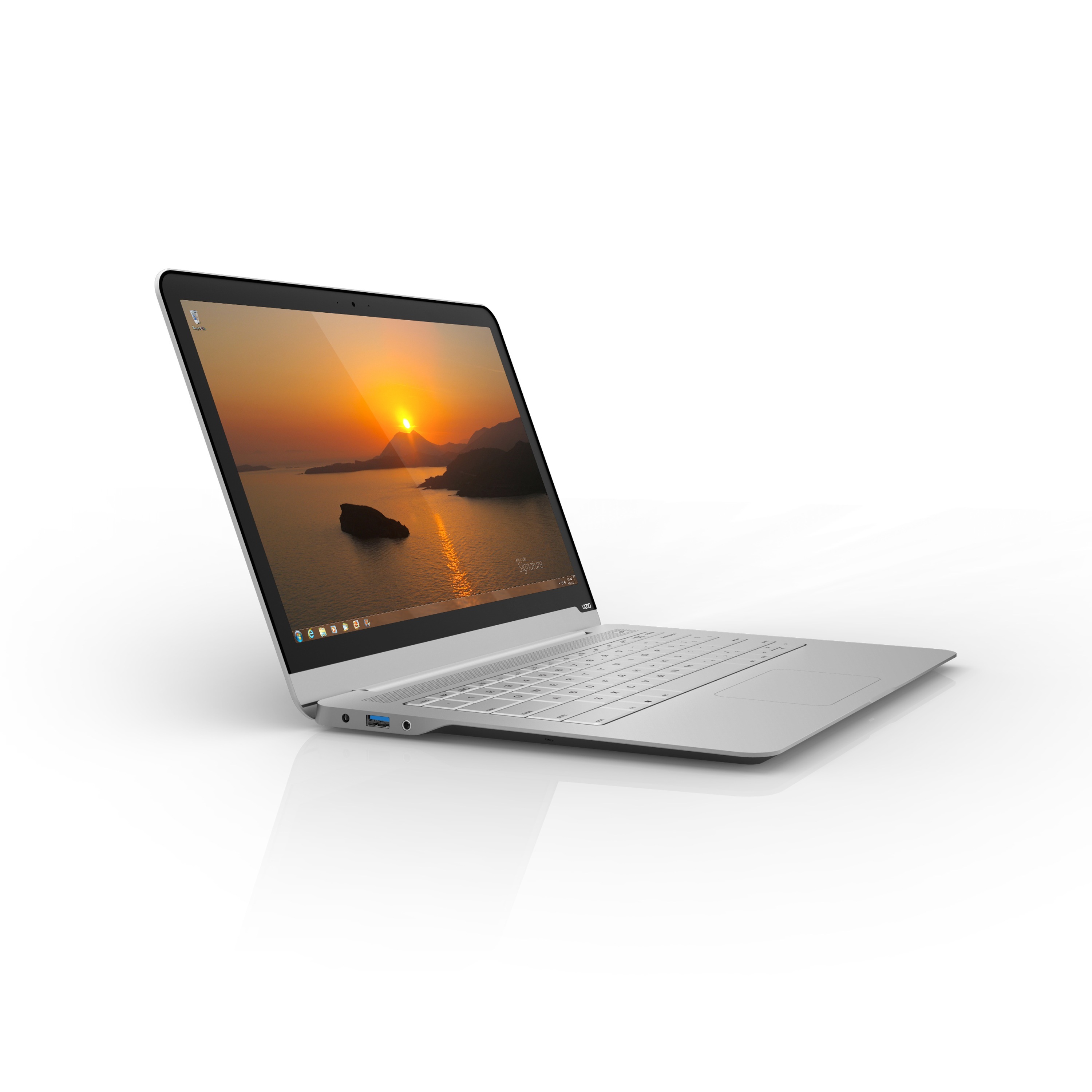 Beautiful design and minimal bloat don't save the CT14 from its myriad of problems, from the mediocre screen to the still-poor keyboard, trackpad, and battery life. It also doesn’t compare well to the 15-inch model — even though it’s less expensive, the 14-inch Thin + Light doesn’t have its larger counterpart’s great 1080p display, and in a poor tradeoff, only received a marginally better keyboard and a bit more battery life. Some of the trackpad’s issues could be solved with future software updates, but there’s no telling how soon those will come, nor how much of an improvement they’ll make. The Thin + Light may be eye-catching, but would have been better off if it were a little more frumpy and a lot more useful.

If you’re in the market for a budget ultrabook, your choices are certainly limited, but you’re probably better off with the $799 Lenovo IdeaPad U310. It’s a little on the heavy side, but it has an excellent keyboard and trackpad, making it quite possibly the best choice if money is the deciding factor. However, it’s probably best just to save up the extra few hundred dollars it would cost to get a better machine — a laptop is an investment, and it’s definitely worth the cost to get one you’re happy with than waste money on a gadget you’ll regret every time you touch it. The MacBook Air is a solid choice for $1,199, with a great keyboard and trackpad combination to match its sleek design. For the Windows enthusiasts, the Lenovo ThinkPad X1 Carbon is another machine that succeeds in blending form and function, though the screen isn't 1080p and it is a little pricey at $1,399.