Taiwan minister rebuked for promoting iPhone 5 instead of HTC alternatives

Taiwan minister rebuked for promoting iPhone 5 instead of HTC alternatives

A Facebook comment by Taiwanese information minister Hu Yu-wei encouraging followers to support the mobile industry has sparked a row in the country. The reason? Hu was talking about the iPhone 5, not a competing handset from homegrown heroes HTC. The Associated Press reports that Hu wrote "Help the economy and bolster consumption" under a picture of Apple's latest creation, but the media quickly criticized his loyalty to Taiwan's local business. Hu was forced to defend his patriotism in later posts. 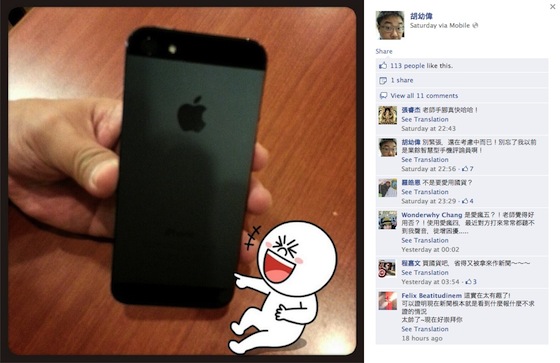 Of course, the iPhone is manufactured by Foxconn, a Taiwanese company of which Apple is no doubt the most important customer. Hu's comments make sense in that light, but declining export figures in Taiwan apparently have many worried about the country's image as a force in the technology industry. Eventually Hu clarified that he does in fact use an HTC One S, but not without commenting that he hoped for a "mature" government where "all Cabinet officials can be free from fears of being caught not using HTC phones."