Even though Windows Phone 8 is lined up for a launch event at the end of this month, many members of Microsoft’s developer community still don't have access to vital tools needed to bring their apps up to speed with the latest features and capabilities. A Software Development Kit (SDK) for the new platform has been released to a limited number of developers under a non-disclosure agreement, but the software giant is taking a secretive approach to Windows Phone 8 in general. What's the big secret?

"Our hope is that we'll be able to keep some of the stuff secret until closer to launch."

Microsoft first started its Windows Phone 8 public disclosures at a special Windows Phone Summit back in June, but a leaked video starring Joe Belfiore detailed a number of features in the OS beforehand. The video revealed a Data Smart (now Data Sense) option for tracking data usage, Skype integration, and the plans to scrap Zune in favor of a companion app for Windows Phone 8. Microsoft confirmed some of the leaked details, but revealed to The Verge that it was taking a secretive approach. "Our hope is that we'll be able to keep some of the stuff secret until closer to launch," said Microsoft's Greg Sullivan at the time. "We are not talking about any other UI changes... the rest you’ll be hearing about later."

As the months have passed since Microsoft's initial unveiling of Windows Phone 8, developers have grown eager to know more about Microsoft's launch plans. An unfinished SDK leaked to the internet in late July, detailing new lens capabilities in the camera app, hot-swappable SD card support, and Data Sense. The SDK also included access to Xbox Music, SkyDrive backup settings, and new theme colors for the improved Start Screen — none of which Microsoft had publicly revealed. Microsoft refused to comment on the SDK leak at the time, and left developers wondering when they would be able to access the bits after a promised late summer launch. It was clear that some privileged developers outside of Redmond had access to a preview version of the SDK, but not the masses. 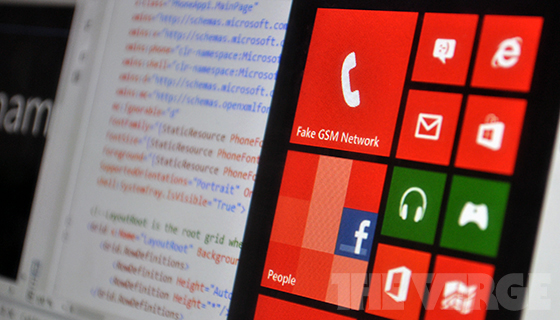 "Get the preview out there for everyone to enjoy, build on, promote and push."

Microsoft announced on September 5th, the day it unveiled two new Windows Phone 8 devices from Nokia, that it would start taking applications for its official SDK preview on September 12th. "I do want to set your expectations that program access will be limited," said Microsoft's Todd Brix. The reaction was swift from Windows Phone developers. "You're already way behind on the 'later this summer' announcement," said .NET developer Morten Nielsen in the comments section of Microsoft's blog post. "Get the preview out there for everyone to enjoy, build on, promote and push."

Nielsen's comments were echoed by other readers. "Waiting months longer is frustrating and will cost me money," said one. "This is ridiculous," said another. The frustration boiled over when Microsoft eventually opened submissions on September 12th. Microsoft's Todd Brix defended Microsoft's decision, saying that "not all Windows Phone 8 features have been announced and our SDK includes comprehensive emulators that allow developers to test apps against a wide range of Windows Phone features." The different approach to a limited SDK might have angered some, but Brix claims Microsoft's "goal is to generate as much Windows Phone 8 excitement as possible."

The Verge has been speaking to a number of Windows Phone developers with and without access to the SDK to gauge Microsoft's approach to Windows Phone 8 and its attempts at secrecy. One prominent developer of Windows Phone apps, who has access to the latest SDK, admitted the decision was "very strange," but that it could be one of the best wildcards for the company. "Microsoft probably needs something like this [platform excitement] and much more if they want to get back in game," they said, speaking on condition of anonymity. Carl Farmer, who runs his own technology solutions firm using only Microsoft software, feels the restriction on the availability of the SDK is counterintuitive. "This just leaves developers to scramble to get any new features related to the SDK / hardware features added to apps when the SDK is released."

"It's frustrating because I'd love to check it out."

The same frustrations are mirrored by TechSmith. Founded in 1987, the firm has a number of screen capture apps available for Windows, including Snagit and Camtasia Studio. "It's kind of confusing because Microsoft has been pretty open about the things they're building," says software engineer Alex Novak. "With Windows 8 they put out builds and everybody in the entire world could go and download it. They've not done the same thing with the Windows Phone 8 SDK and it's frustrating because I'd love to check it out." Matt Munich, a senior software engineer at TechSmith, says he is excited about the platform and its possibilities, but that "the mystery surrounding it" tempered his expectations. TechSmith has iOS and Android apps, like many development shops, but it’s just not possible for the company to create a Windows Phone app right now with the same level of functionality as rival platforms. 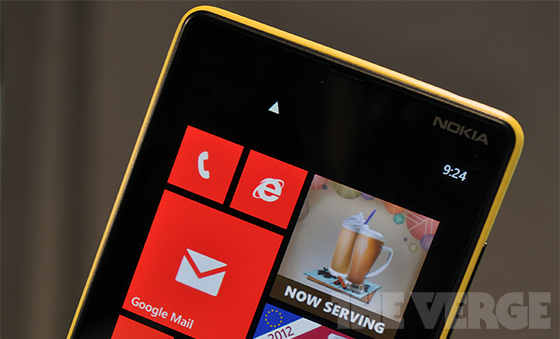 "They could just do what Apple does."

Marios Karagiannis, a developer and designer based in Switzerland, has created several games for Windows Phone 7 and he’s in the middle of porting them across to Windows Phone 8 to take advantage of some of the new hardware and feature support. "The SDK should be in the hands of as many developers as possible at least a couple of months before release of Windows Phone 8," says Karagiannis. "They could just do what Apple does. Every iOS developer is under NDA anyway, but they get the SDK in order to be ready when every new iOS version releases." Indeed, the limited approach to the SDK is a stark contrast to iOS developers who regularly get access to documentation, software, and other resources ahead of a new iOS release. Apple’s approach isn’t perfect for developers — take the recent 4-inch display bump for iPhone 5 as a perfect example, which was announced just a week before its availability — but most feature changes are documented and communicated months before a release in order for developers to release optimized versions of their apps ready for consumers.

So what is Microsoft trying to achieve, or perhaps hide, by limiting the Windows Phone 8 SDK to a small number of developers? At this point, it’s unclear. One developer with access to prototype Windows Phone 8 hardware and the latest SDK tools spoke to The Verge on condition of anonymity to discuss the secrecy. A leak of the SDK earlier in the year had failed to disclose two new undocumented features in Windows Phone 8 — Rooms and Kid’s Corner. The latest SDK includes both features according to this developer.

Is there a "one more thing"?

Microsoft also appears to have dropped the Data Sense feature that tracks data usage from the SDK, but we understand this feature may still be in the final shipping builds of Windows Phone 8 — activated by carriers. We’re told other features, that devs don’t need to test against, could be surfaced after a Microsoft Account is registered and activated in Windows Phone 8. The current SDK releases do not allow developers to sign-in with a Microsoft Account within the emulator. However, all the evidence suggests that Windows Phone 8 will be largely similar to Windows Phone 7 in terms of UI and function, with the exception of the new Start Screen, Wallet, and hardware support. Microsoft doesn’t appear to have improved multitasking in Windows Phone 8, where apps won’t resume unless they’re switched using the multitasking picker — although it has increased the number to eight apps. There’s no notification center either, a particular feature that is often requested by existing users.

"We will continue to listen to developer feedback..."

There are evidently no big surprises in the SDK and Microsoft’s limited access policy is a different approach — especially from Windows Phone 7, when developer tools were publicly available months before the release — that the company claims is designed to build excitement. "We are working hard to not only continue delivering the best developer tools and resources in the industry, but to also bring Windows Phone 8 to market in a way that creates more opportunity for the ecosystem," a Microsoft spokesperson tells us. The introductions of the Nokia Lumia 920 and HTC’s Windows Phone 8X devices were certainly met with interest, but some of the excitement was diluted by a lack of pricing and availability. Microsoft’s strict instructions to Nokia, Samsung, and HTC to not show Windows Phone 8 beyond the Start Screen also added to the overall secrecy. Microsoft says early reactions to these devices tells them they’re "on the right track," and that the company "will continue to listen to developer feedback and work to improve our platform, tools and processes with every step."

The build up suggests the software maker has something special to unveil in late October. If it doesn’t, then many developers and potential Windows Phone owners will be left wondering, "why all the secrecy?"