Image US Securities and Exchange Commission

Startups tend to be discreet when they're raising money. Often it's because entrepreneurs are universally paranoid about revealing any details of their business. But there's also a very real reason to keep things hush-hush: the Securities and Exchange Commission has a ban on "general solicitation," left over from the days when crooks would go door to door selling imaginary oil fields to the gullible and overly optimistic.

The 30-year-old ban restricts startups, and other issuers of equity in exchange for money, from pitching to anyone but "accredited investors" who meet a magic combination of criteria. That ban is about to be lifted, however, thanks to the Jumpstart Our Business Startups Act (JOBS Act) that passed in April. Soon, there will be no impediment to plastering "we're raising a $1 million seed round, invest in us" in the middle of a startup's homepage, and there's no doubt that some zealous entrepreneur will.

The SEC was charged with hammering out specific rules and adding investor protections related to general solicitation, and it released a proposed rule at the end of August. But critics have joined voices in vehement dissent, saying the agency’s proposal merely parrots the vague phrasing in the JOBS Act without adding in any protections against predatory pitching.

Can I see some accreditation?

The proposed change will relax an already-relaxed rule. Since 1982, American companies have been allowed to raise unlimited sums from private investors under an exemption in securities law, Rule 506 of Regulation D. If you've ever worked for an internet startup that raised funding from angel investors or venture capitalists, you've probably heard of this rule. Rule 506 allows companies to raise money without having to hire an army of lawyers, file a ton of papers, or make onerous disclosures.

The exemption was a big hit. The amount of capital raised in Rule 506 offerings was just over $1 trillion in 2011, according to the SEC, which is comparable to the amount of capital raised in registered offerings. The freedom from regulation was justified because it only applied to investors who were sophisticated and savvy enough to handle themselves without SEC protection — those who know enough to call bullshit on an entrepreneur who wants to claim her rapid virtualized dating service has a $1 billion valuation.

Unworldly investors can easily lose their money to scammers, and frequently do

Unworldly investors can easily lose their money to scammers, or simply to hyperoptimistic business plans, and frequently do. Seniors especially tend to be targeted in securities scams. The general solicitation ban may have curbed the potential for abuse, but did not eliminate it. Rule 506 offerings are already the biggest source of securities fraud investigations, said Heath Abshure, president of the North American Securities Administrators Association (NASAA), the 95-year-old organization that represents state and local securities administrators.

Allowing startups, entrepreneurs, and potentially scammers to advertise private offerings will make the abuse worse, NASAA and other critics say. Imagine scammers cold-calling the elderly, pitching them on the next Facebook. Imagine watching TV and seeing ads for startups pop up between commercials for anti-depressants.

NASAA is traditionally an ally of the SEC, but has been one of the agency's most outspoken critics when it comes to easing restrictions on Rule 506. "Lifting the advertising ban on these highly risky, illiquid offerings, without requiring appropriate safeguards, will create chaos in the market and expose investors to an even greater risk of fraud and abuse," Abshure said.

"Rule 506 has been increasingly misused ... to steal millions of dollars from investors."

Abshure suggested the new rule should include a procedure for verifying investor status, a requirement that issuers register with the SEC before raising money, and restrictions on how startups can advertise. The SEC should also finalize the "bad actor" rule that would disqualify felons and parties with conflicted interests, he said.

Investor accreditation was a major issue for critics, who worry that entrepreneurs will rope in unsophisticated investors once the ban on general advertising is lifted. The SEC’s proposed rule does not update the definition of "accredited investor" nor specify how startups should verify investor status. As the rules stand, entrepreneurs can ask investors to self-verify that they're accredited — about the same level of security as a brewery website that prompts users to type in their birthdays. 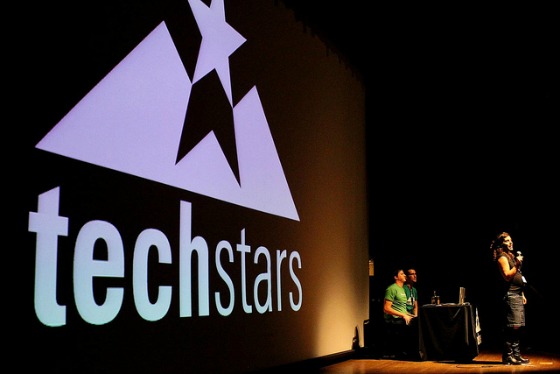 Most startup demo days are illegal, as there are usually non-accredited investors in the audience. (Photo: Andrew-Hyde)

The SEC defended the omission when it released the proposal, claiming that prescriptive rules for investor verification would be "impractical and potentially ineffective in light of the numerous ways in which a purchaser can qualify as an accredited investor" as well as "overly burdensome in some cases."

Critics to SEC: scrap the rule and start over

Americans for Financial Reform, a coalition supported by more than 100 consumer advocacy groups, hosted a news conference yesterday on the SEC’s proposal. Consumer advocates, including the American Association of Retired Persons (AARP) and AFL-CIO, expressed concerns about fraud.

Barbara Roper, director of investor protection at the Consumer Federation of America, said the SEC’s slip-up is bad enough that the CFA would consider filing a lawsuit. The SEC did not complete a thorough cost-benefits analysis before issuing the proposed rule, she said, a technicality often used by industry groups to invalidate SEC regulations.

"Our very real hope is that the SEC will realize that it simply can’t proceed based on this proposal."

"Our very real hope is that the SEC will realize that it simply can’t proceed based on this proposal and that no lawsuits or threats of lawsuits will be necessary to bring that about," she said. "If that's not the case, obviously groups like ours will have to consider all of our options including the possibility of a lawsuit."

Even though the NASAA usually sees eye-to-eye with the SEC, president Abshure said the proposed rule is so dire that participating in a lawsuit against the SEC is not out of the question. "This is a drastic, drastic change to the face of securities regulation," he said. "This is a huge shift at the federal level. This is monstrous."

When asked about the criticism, SEC spokesperson Christina D'Amico declined to comment on specific aspects of the proposal. "The rulemaking process is still ongoing and we are reviewing public comments at this time," she said.

The SEC will now review the proposed rule and the public comments, and decide whether to adopt the proposal or write a new one. There is no new timeline, but the SEC already missed the July deadline for finalizing the general solicitation rule and the deadlines are stacking up. The SEC is also scheduled to release rules for equity-based crowdfunding, also mandated by the JOBS Act, by the end of the year.