Here’s the thing: you can’t really write a review of the new iPod nano. What is there to say? It is a small slab of aluminum with a multitouch screen that plays music files exactly as well as every iPod before it.

Files. Managing files. Endless files, in formats. Remember files? With file extensions? And sizes and bad metadata and missing cover art and all those weirdo checkboxes in iTunes that make compilation albums either go together or not go together or maybe make tracks appear in seemingly random order throughout your huge list of music files? Using the seventh-generation iPod nano in 2012 involves taking a trip back to a world in which files really matter. Files, man. Files in iTunes. You want to listen to music with an iPod nano? Then you better get ready to open iTunes and plug in a cable and transfer some hot nasty files. It’s like taking a time machine to 2010, before Apple itself started pushing everyone away from files and towards iCloud.

If you’re cool with managing files, the new iPod nano is the best dedicated music player on the market. It’s the sort of product that only Apple can make; a seamless slice of metal and plastic that feels essentially inevitable once you hold it. Of course this is Apple’s new iPod nano, you say to yourself. This is really nice. Apple’s taken lots of cues from the iPhone and iPod touch: there’s a home button on the front, a sleep / wake button at the top, and a volume rocker on the right with a play / pause button in the middle. Most of the apps are nearly identical to their iOS counterparts, from the now playing screen to the clock app to the settings app. (The nano isn’t running iOS, though — it’s some other thing Apple just calls “nano OS.”) The black one is particularly handsome. Sure, the icons are circles instead of squares, and it’s ridiculous that you only get four color-coordinated wallpaper options plus gray, but it doesn’t really matter. It’s supposed to make people squeal that it looks like a little iPhone, and it works pretty much every time. 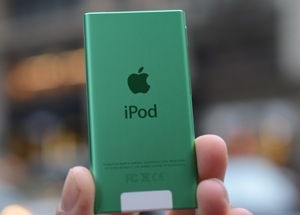 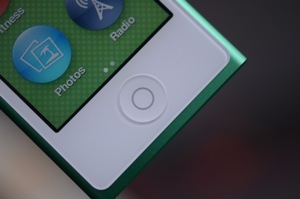 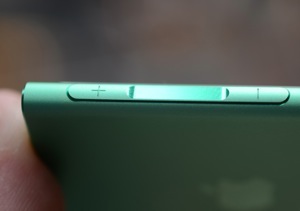 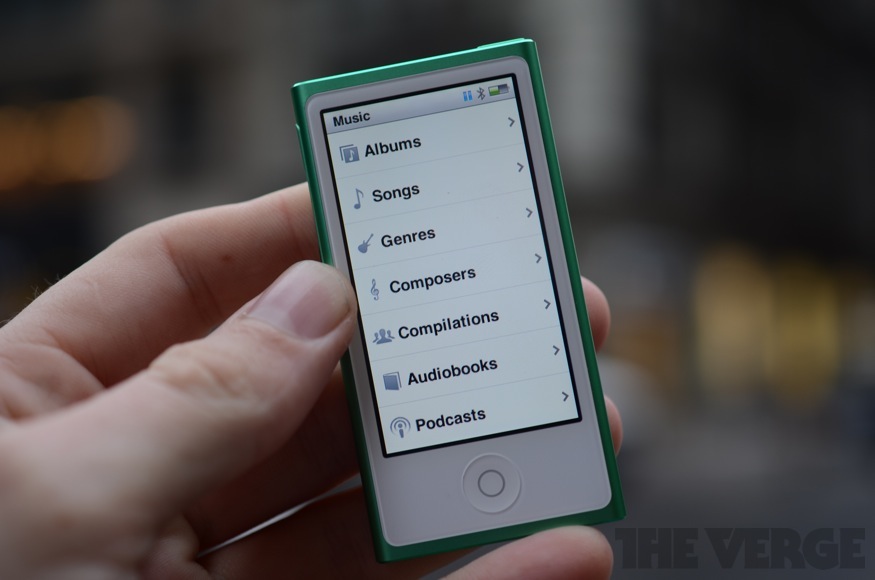 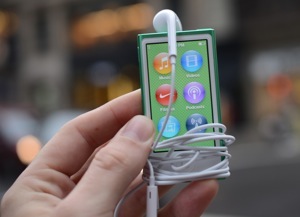 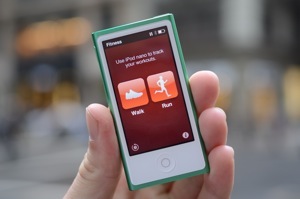 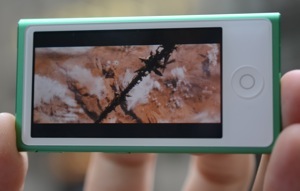 The problem is that asking regular people to manage their iPod’s music files in 2012 is basically the same as asking them to actually code their own iPhone apps. There was a time in which iPods ruled the world; a time in which a small slab of aluminum that served as a seamless extension to an excellent file-management program like iTunes was an unstoppable force. But iTunes is far more than just a music jukebox now — it’s grown into a beast that can do everything from rearrange iPhone homescreens to manage photo sharing with an Apple TV to completely restoring an iPad. The new nano updates Apple’s world-beating iPod+iTunes equation, but the iTunes part is badly in need of care.

Apple has a new version of iTunes coming soon, but for nano owners it’s essentially a paint job — the core experience is still all about managing files on a hard drive. That’s what makes the new nano feel like such an anachronism: streaming services like Spotify and Rdio and Pandora are clearly the future, and the idea of downloading MP3s and then copying them to another device from a local hard drive feels clunky and archaic. The iPod was a dominant product because the iTunes Store utterly changed the music industry, but we don’t live in that world anymore. We live in a world in which most teenagers have unlimited access to music on YouTube, and not even the iPod nano’s fancy new Lightning connector can plug into that kind of world.

What’s weird is that Apple knows this better than anyone: a key feature of 2011’s iOS 5 was “PC Free” operation for the iPhone, iPad, and iPod touch, which let people use them without ever plugging into a computer. Steve Jobs himself demoted the Mac and PC from their status as “digital hubs” when he introduced iCloud alongside iOS 5, saying that he’d been trying to render the traditional file system obsolete for a decade. That’s also when Jobs introduced iTunes in the Cloud, which lets people download their purchased music from any iOS device without plugging a cable into their computers. It’s not hard to imagine Apple building iTunes into a proper competitor to Spotify or Pandora and turning the iPod into something else entirely; the path forward is blindingly clear. Moving files around on cables is just not how the future works.

Most people should spend the extra $50 on the iPod touch

You don’t have to take my word for it — just ask Phil Schiller. When he introduced the smaller Lightning connector last month, he noted that “so many of the things we used to do over the wire, we now do wirelessly.” After listing Bluetooth and Wi-Fi, what did Schiller describe as “best of all”? Oh, that’s right. “With iCloud, we can download all our content wirelessly.” The new nano might have Apple’s connector of the future, but everything else about it clings tightly to the past — to a world in which iTunes is still the center of the digital media universe, not a bloated relic badly in need of a fresh start and new ideas.

There might be some people for whom spending $149 on a 16GB iPod nano makes a lot of sense. If you’re a runner with a very specific set of playlists, or if you just need the cheapest way to play your existing iTunes library, the nano will be just fine. But most people will be much better served spending an extra $50 on the $199 16GB iPod touch, downloading Spotify, and leaving iTunes — and files — behind.