This is my NEX: how Sony's full-frame formula is poised to steal my heart

Share All sharing options for: This is my NEX: how Sony's full-frame formula is poised to steal my heart

I am a Canon man, I suppose. When I go to press events, I'm snapping pictures with my trusty Canon Rebel EOS T4i, often with a Canon external flash. I have a small collection of Canon lenses, and a Canon PowerShot S95 for backup. I sometimes daydream of saving up for the full-frame $3,499 Canon 5D Mark III, perhaps by eating instant ramen for a year or so. Canon has served me well.

And yet, I'm starting to imagine myself with a Sony camera, after spending about an hour snapping pictures with the Cyber-shot RX1, Alpha A99 and NEX-6 in San Francisco this week. They're all very different cameras, for very different budgets and different amounts of photography expertise, too. What these cameras have in common is an attempt to shake up the stagnant camera market by ditching conventions like the flip-up SLR mirror and small camera sensors.

If my gut reaction is any judge, they're succeeding. While I have my doubts about certain aspects here and there, they're all a pleasure to shoot with, and they all scream quality. 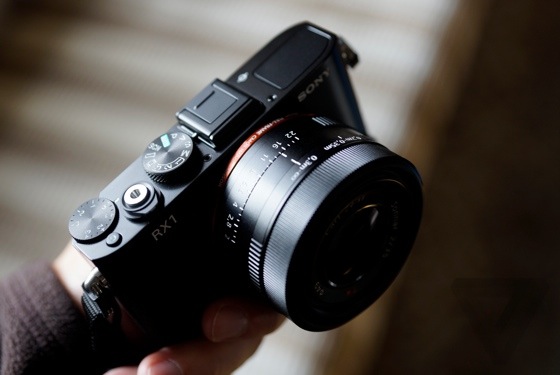 One of the biggest things Sony brings to the table is fairly simple to explain, but rather difficult to engineer: Sony sticks big image sensors in smaller camera bodies than many ever dreamed possible. At the Photokina Expo, we told you how full-frame sensors are making their move, and the Sony Cyber-shot RX1 is practically the poster child for the trend, putting a 24.3-megapixel full-frame sensor into a small, beautiful body that takes its cues from lovely old film cameras. I got to try it this week, and frankly, it's amazing. Shooting even vaguely usable 6000 x 4000 resolution pictures at 25,600 ISO with a camera this small is unbelievable, and the fixed Zeiss lens produces lovely results. Sony representatives warned me that the RX1's image quality isn't final, but here are the pictures I took:

If you expect the RX1 to behave like a point and shoot, though, you'll probably find it to be a rather strange camera. The RX1 is an odd hybrid of traditional film cameras and modern digital point-and-shoots, with both sets of strengths but both sets of limitations, too. You've got a lovely LCD screen on the back to compose and review your pictures with, but it's your only option for lining up a shot by default. I'll repeat that: there's no viewfinder on board. Serious photographers can attach an optical or electronic viewfinder to the hotshoe mount, but each will cost around $500. Without, I had to either look at the screen and use autofocus or Sony's well-implemented focus peaking feature to digitally highlight objects in focus with clusters of red dots, while finding a way to comfortably hold the camera well in front of my face like one does with point and shoot models.

That's hardly the only incongruity here. The RX1 has a wonderful old-school feeling to the controls on the front of the unit, with a dedicated mechanical dial to adjust the aperture on the lens and a nice clicky metal wheel to adjust exposure on top... but around back it's all Cyber-shot. If you're coming from a traditional camera, you might bemoan the lack of a dedicated shutter dial. There are two digital wheels on the back, but neither of them adjust the shutter speed unless you're in shutter priority mode. 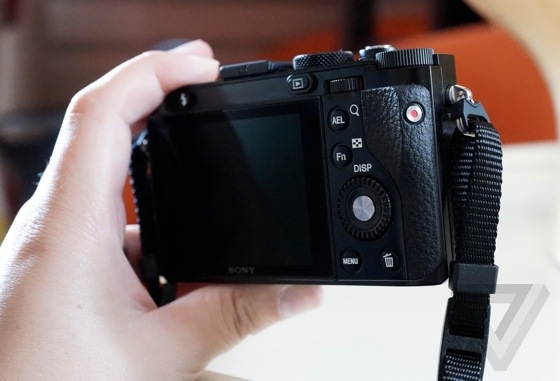 If you're coming from a modern perspective, you'll probably love the completely recessed pop-up flash and dedicated movie recording button, but the fixed 35mm Zeiss lens and LCD might turn you off. You'll need to get up close to your subjects, and stoop down or find a ladder to get a different perspective on the action. If you get closer than about a foot, you'll also need to use another dial on the lens to switch to macro mode in order to get your shot.

Serious photographers are expecting exactly those sort of challenges from a professional compact camera, and many will even relish the constraints they afford. It's part of the charm, after all. 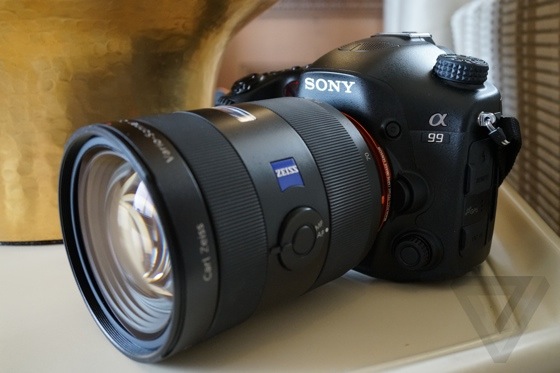 If you're hankering for pro controls in a comfortable package, though, you can get the $2,799 Sony Alpha A99 for the same amount of money. It fits that same 24.3-megapixel full-frame sensor in a body so light (at 1.79 pounds), I could practically wield it with one hand, and you get both an electronic viewfinder and an extremely flexible articulating LCD screen along with loads of other features.

I'm not a professional photographer, and as such, I didn't spend a lot of time with the A99's huge number of dials and buttons, not to mention the $1,999 24-70mm Zeiss lens that Sony offered for me to try, but the built-in electronic viewfinder did quickly prove its worth. The A99 gave me not only the beautiful, low-noise images you'd expect from that level of investment, but also let me review each one of those images in the eyepiece and adjust settings for the next shot without ever taking my eye away from the viewfinder. I've always loved the clarity of optical viewfinders, but I'm warming to the benefits of electronic, too. Here are a few of my results:

Perhaps not surprisingly given my background with Canon's prosumer cameras, Sony's $799 NEX-6 drew me the most. It's a simple refinement of the company's compact interchangeable lens line, with no full-frame sensor to be found. It also has the most comfortable grip and set of controls I've ever felt. I didn't want to put it down. The large grip gave me just enough purchase for my fingers. 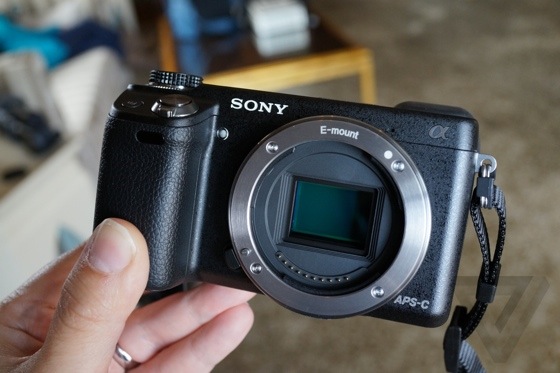 Not only was it light and comfortable enough to hold entirely in my right hand, I found the primary controls more accessible and intuitive than any previous Sony NEX I've tried. In addition to the same dedicated movie recording button underneath the thumb, there's an all-new DSLR-style PASM mode dial, with a second function dial immediately beneath that. They're both physically and functionally stacked: if you set the camera to A, the dial controls Aperture, and S for shutter. It makes sense, and there's no more hunting through menus for the mode you need with the NEX-6.

Here are a few of my shots. Note: I didn't actually crop this portrait image from this original picture, the camera did that all by itself as soon as I took the shot. It's a neat feature that Sony calls "auto portrait framing," and in this case I rather liked the result. 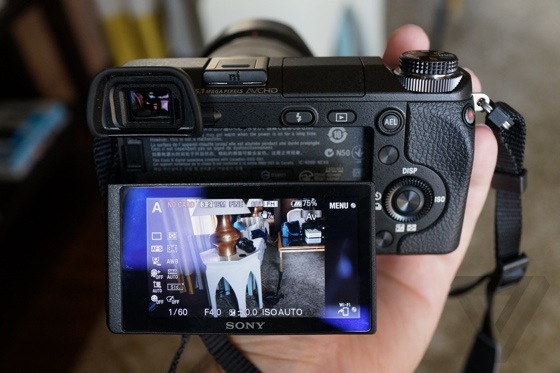 With the fantastic grip, articulating LCD, built-in electronic viewfinder and interchangeable lenses, the NEX-6 almost feels like the happy medium between the pro-level A99 and RX1: a camera that's both comfortable and portable, only without the old-school feel and raw image quality.

So I ask you, Sony, why can't I have it all? Give me a NEX with a full-frame sensor, and I may have to put my Canon on the market.