The battle over business models heats up in the App Store

Buying a video game used to be simple — you paid what it cost, and that was it. But a quick glance at the top grossing charts in the iTunes App Store shows that this method of paying for games is rapidly being replaced. The free-to-play model, which attracts players by removing that initial friction and then charges them for additional content in-game, dominates the charts. Success stories aren't hard to find. The team behind CSR Racing claims that it's earning $12 million per month from in-app purchases (IAPs), while Clash of Clans developer Supercell recently told the New York Times that it's making $500,000 daily utilizing the model. And that's just to name a few; clearly IAPs are good business. But as they take up an ever increasing chunk of the App Store, where does that leave more traditional, paid downloads? Can a game still succeed if it has a price tag?

While IAPs have managed to make their way into plenty of releases, for some developers they just aren't a good fit. Take, for instance, the devilishly hard puzzle game Super Hexagon. According to creator Terry Cavanagh, IAPs simply wouldn't have made much sense for the game, nor does he see them being a part of any of his future releases. "I think I'm doing just fine by selling games as whole, complete things," Cavanagh says. And despite being far less approachable than your average iOS puzzle game, Super Hexagon has managed to find an audience on the platform, selling over 30,000 copies at $0.99 in its first week alone.

Part of this aversion to the model has to do with the kinds of free-to-play games that currently exist. Zynga's early success on Facebook with games like FarmVille was due entirely to the freemium model, and that mentality has since shifted to mobile. And given how lucrative the model can be, few developers have strayed far from the well-defined path. Meanwhile others believe that this kind of mentality puts limits on how a game is created. "Working around a free-to-play structure is always going to compromise the way you approach the design of your game," says Cavanagh. 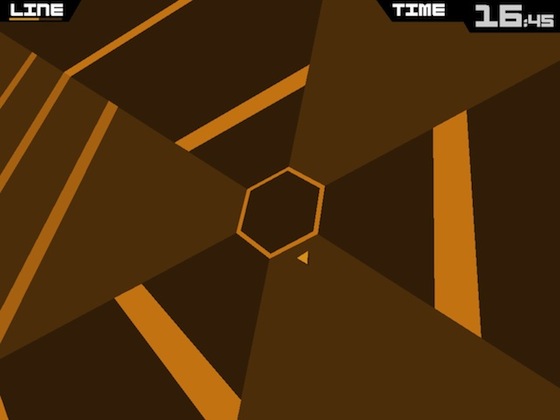 "The house has been built for you and all you can do is decorate it, I think is the best analogy that I can come up with," Nathan Vella, co-founder and president of Capy Games, says of the limits put in place by the typical free-to-play structure. "Whereas a lot of game developers and studios, us included, are really interested in building the entire house and then decorating it."

The main problem when it comes to games that use this model, he believes, is that the focus is on how to make money, as opposed to how to make a great game. "I think that the idea of making a game based on a monetization strategy is... it's a bit sketchy. It's understandable from a business standpoint but it does very little to drive the passion of the people making it and even less to drive the culture as a whole."

But that doesn't necessarily have to be the case. While most free-to-play games adhere to a relatively strict formula, using familiar tropes such as an energy system that limits how much you can play, that doesn't mean that that's the only way. In fact, developers may have only just scratched the surface of the potential for the business model. "Free-to-play as we know it is all about this little, itty bitty part of this expansive idea," says Vella. "All free-to-play is is just an alternate way of looking at where the money comes from. I don't know how much it actually has to do with game design."

While developers like Cavanagh are staying away from freemium, others, like Tiger Style, are considering it. The studio's Waking Mars is perhaps the perfect example of a premium iOS game — it's a lengthy, polished adventure, and was the follow up to Spider: The Secret of Bryce Manor, one of the App Store's early hits. In its first two months Waking Mars moved more than 44,000 copies at $4.99 each, earning the studio around $150,000 in revenue — impressive, but a far cry from some of the numbers being tossed around by developers utilizing IAPs.

"It is quite clear that free-to-play games with IAP are an order of magnitude more successful at making money."

"It is quite clear that free-to-play games with IAP are an order of magnitude more successful at making money," says Tiger Style co-owner David Kalina, "but we felt that we were making a game that wouldn't adapt naturally to that monetization scheme." That didn't stop the team from trying, though. Around three months prior to Waking Mars' launch the team toyed with the idea of adding an in-game economy that could be used for IAPs. Players would able to buy suit upgrades for their martian explorer, for instance, as well as things like new jetpacks and game modes. Ultimately, though, it just didn't feel right.

"If we had decided from the beginning of production that Waking Mars was going to be a [free-to-play] game," says Kalina, "we would have spent a lot more effort thinking about the in-game economy and giving the player a lot of stuff to acquire and play with." 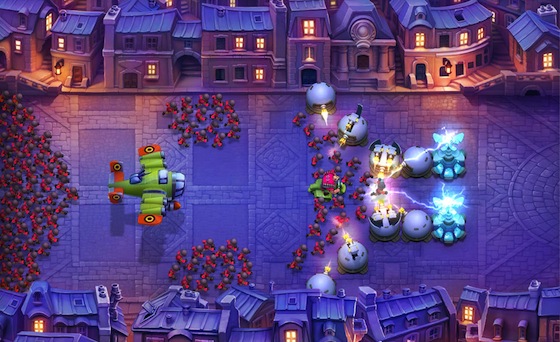 But while the IAP model may not have worked its way into Waking Mars, Tiger Style isn't the only developer of premium mobile games that's looking seriously at the model. Subatomic Studios' Fieldrunners 2 is already an unqualified success. At $2.99 and with no IAPs the game has earned the studio more than $1 million in revenue since launching this past July. But even though you can't spend real money in-game, the strategy hit does feature a virtual economy, letting players earn money that can be used to purchase consumable items that can be very helpful in battle.

This allowed the studio to experiment. They knew that adding IAPs could lead to higher revenue, but there was always the potential of scaring away users who hate the idea of spending real money on virtual items. But once the game was released it turned out that those fears were largely unfounded — many players actually wanted to pay money for these items. "They appreciate and almost expect that feature, especially in an iOS game," says Subatomic's Alec Shobin.

The developer attempted to appease its users by letting players earn extra in-game cash by tweeting about the game or liking its Facebook page, but it wasn't enough. "This didn't really stop the amount of fan requests for IAP," says Shobin.

"There's bound to be some kind of backlash."

So even though the initial success of Fieldrunners 2 has proven that there's still a place for more traditional experiences that you only pay for once, Shobin says that the studio plans to implement IAPs in a future update. Because the game has been available for several months, those players who don't want to spend extra already know that it's not necessary in order to progress through the game, while those who want a little help can spend a few bucks to get it. It seems like a win / win scenario, though Shobin admits that "there's bound to be some kind of backlash" when the update is ultimately released in the coming weeks. That said, whatever happens, he hopes that the experiment will be useful not only for future Subatomic releases, but also for other developers in the same situation.

"I feel like we're in a perfect position to test the waters and demonstrate the results in front of the developers of other high quality games on iOS," he says. "Hopefully devs will learn from our experiments."

Games like Super Hexagon, Waking Mars, and Fieldrunners 2 show that traditional, paid releases can be successful in the App Store, but it's also clear that the addition of IAPs can increase that success dramatically. And while some developers, not to mention players, are vehemently opposed to the practice, it's only going to become more common moving forward — though this shift doesn't have to be at the expense of game quality. Like Vella, Kalina believes that freemium isn't necessarily a negative influence.

"It's super hard to make money with premium games in the App Store."

"Just because some larger corporations use it cynically, as a money extraction tool, doesn't mean that it's inherently bad," he says, adding that it's very likely the studio's next iOS release will be free-to-play. "Indies like Nimblebit and Imangi and Halfbrick have all demonstrated that you can make soulful games with mainstream appeal where IAP is a natural component of the game's structure... It's super hard to make money with premium games in the App Store and it's not getting easier." 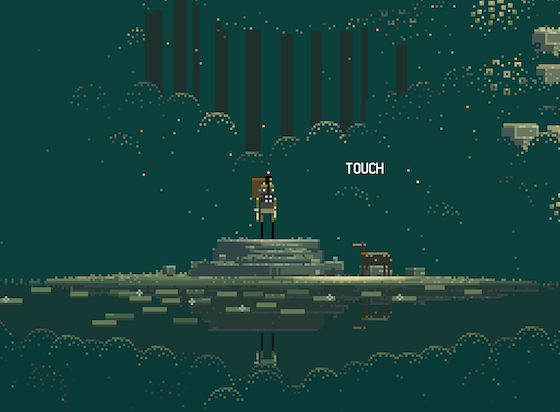 Kalina sees niche titles like Waking Mars moving away from mobile and towards the PC in the future, though Vella believes that the increase of free-to-play games actually creates a space for these more unique experiences on iOS. "Let all the people who want to chase a carrot chase it," he says. "Let them go. It gives us a perfect opportunity to fill that hole, to provide exactly what independent developers should be doing, which is interesting or funny or quirky games."

The success of the studio's Superbrothers: Sword & Sworcery EP — developed in conjunction with musician Jim Guthrie and artist / designer Superbrothers — is proof of that. As of March the game has managed to sell 350,000 copies on iOS, this in spite of having what on the surface is a somewhat limited audience.

"With Sworcery we were like let's find that crossover of iOS gamers who are interested in game culture and art and music and probably are the type of people that played certain games growing up," he explained. "It sounds like we're continuously cutting off more and more people, but there's tons of people on the platform that bought the crazy game."

"That would be pretty bad for games as a whole."

Between niche success stories like Sword & Sworcery and blockbusters like Bad Piggies and Minecraft, it seems that there is a space for paid releases in the App Store, at least for now. It's unclear whether that'll continue moving forward — and if it doesn't, that could be a bad thing for games overall.

"I don't think we're going to end up in a situation where a game can't be successful unless it's free to play," says Cavanagh, "but I certainly hope we aren't. That would be pretty bad for games as a whole, I think."