Asus PadFone 2 preview: forget the pad, this is a great phone in its own right

Asus PadFone 2 preview: forget the pad, this is a great phone in its own right

Now weighing 649 grams in total with its PadFone 2 Station, Asus' new hybrid Android device is lighter than even Apple's latest-generation iPad. I know this because company Chairman Jonney Shih made sure to reiterate it multiple times during Asus' presentation here in Milan. His desire to compete with the benchmark-setting Apple tablet is understandable, but, dare I say it, a little misguided. The PadFone 2's advantages are actually most apparent when it's compared against its Android phone contemporaries.

Featuring a 4.7-inch 720p display like the HTC One X, the PadFone is among the first devices to employ Sharp's IGZO technology and the results are undeniably impressive. Viewing angles are excellent, blacks are extremely deep, and the overall image quality is difficult to immediately distinguish from the One X's best-in-class screen. Where Asus takes the lead is in employing a quad-core Snapdragon S4 chip, giving it far more processing power and the ability to shoot 13-megapixel photographs at 6fps for 100 consecutive shots. From Jonney Shih's words, Android just got itself a new benchmarking champion, and coming equipped with a 2140mAh battery, NFC, LTE, 2GB of RAM, and up to 64GB of storage does little to dissuade you from this device's power user appeal. 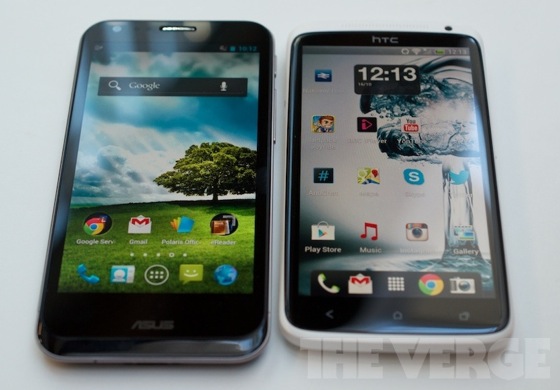 What I really like about the PadFone 2 is the angular design of its sides. They give it a sharp (literally and figuratively) look and complement the concentric "zen" circles on the back well. Overall, the phone feels great in the hand and its weight feels just right. Perhaps I shouldn't be shocked, having seen Asus' line of excellently designed ZenBooks, but it's still a pleasant surprise to see such fine attention to detail and aesthetics in a device that's meant to serve double-duty as a tablet accessory. 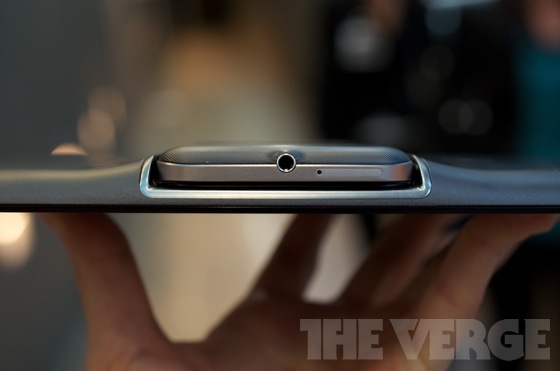 The 10.1-inch PadFone 2 Station adds 5000mAh to the device's lasting power and has a screen resolution of 1280 x 800. It's an IPS LCD panel as well, with good viewing angles of its own. Asus has re-engineered the docking mechanism, with a firm click and vibration giving you tactile feedback when you've got the PadFone 2 properly jacked in. Both docking and undocking the phone has been turned into an effortlessly quick (and reliable) process, however there are two letdowns here. Firstly, users of the original PadFone dock will be disappointed they'll need to buy a new one for the new handset, and secondly, the phone seems to take a few seconds every time it is undocked to get its bearings again. The software side of this equation remains imperfect.

Perhaps cognizant of the PadFone 2's lack of backwards compatibility, Asus is selling the new device as a bundle — both the dock and the handset will be available by the end of the year in Europe and Asia, with the euro pricing set at €899 for the 64GB version or €799 for the 32GB kit.