"Tape and strings literally made Surface."

Panos Panay, general manager of the team behind the Microsoft Surface, touches an old mockup made of black and white plastic. He's forgetting glue, certainly – two panels appear to have been hot-glued to form the "tablet" part of the device — but tape and strings really are two key ingredients in this prototype, the one Panay's team used to show off what Surface would look like. It's crude and fragile, but it's also unmistakably Surface.

At a private event held for a small group of press this week at Microsoft's sprawling campus in Redmond, Washington, we got to see that and dozens of other prototypes of what would become Microsoft's first tablet, the $499 device leading the company's charge toward Windows 8. Panay and Steven Sinofsky, President of Windows, were our tour guides for the day as we saw how the software giant built the hardware designed to "extend Windows into the physical realm."

'We had a software idea, and we wanted a hardware idea to match that'

In a tour that felt a bit like a college orientation, Microsoft laid bare the whole process: the industrial design studio, the testing rooms, even the 3D printers that built the 300-plus mockups of various Surface designs. All the while, Sinofsky and Panay told us why they believe Microsoft's biggest hardware play ever will also be its best.

"There were no accidents in this device," Panay said. That sounds like (and surely is) PR-speak, but as the company's engineers and managers talked about building the Surface, it also seems a lot like the truth. For better or worse, every feature on the Surface seems to be the result of countless meetings, iterations, and refinements. Engineers and designers are able to craft and produce a new model in only a couple of hours, and have clearly used that power liberally.

Everything is perfected and tested in Redmond using in-house machines, many of which were invented so they could invent the Surface, and later-stage models are sent to China for more massive production. The company uses the exact same 3D and laser printers as its factories in China, so its designs are certain to be translated perfectly into mass production — though even that didn't satisfy the design team, which has made as many as ten trips to China this year alone. 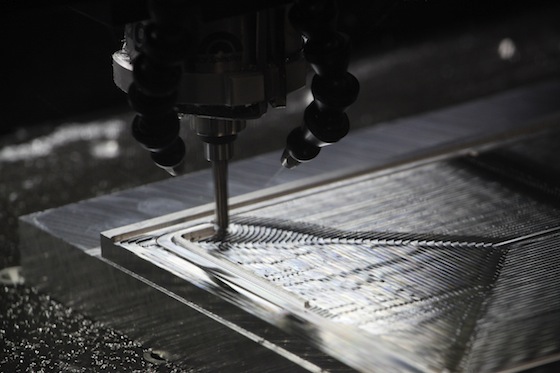 The hinge on the Surface's built-in kickstand may have been the device's most discussed feature during our tour in Redmond. Microsoft has obsessed over how the kickstand works, how it looks, even how it sounds — I got more than one look at the three hinges that control the metal flap, including a large PolyJet prototype created just to show how the mechanism works. At one point all the parts of the Surface were laid on a table — Sinofsky joked about saving us from having to do our own teardowns — and each one was inspected and discussed. Every item has a purpose, and even its placement is intentional: the frame was designed so the battery could be evenly distributed, for instance, making the tablet feel more symmetrical (and even lighter) in your hands.

Microsoft claims it designed 200 custom parts for the device, from the magnesium frame to the optically-bonded display, and Panay seemed to be actively holding himself back from telling the entire saga of each one. But one he couldn't resist telling was about Touch Cover, the flat cover for the Surface that has a full keyboard imprinted on it. It only took two seconds to realize the Touch Cover, which Panay called "Thing," is a critical part of the Surface experience. Incidentally, Sinofsky spent those two seconds with his fingers pinched around the Touch Cover's edge, dangling the Surface precariously below — he repeated the move a few times to prove how strong the magnets are that hold the pieces together. 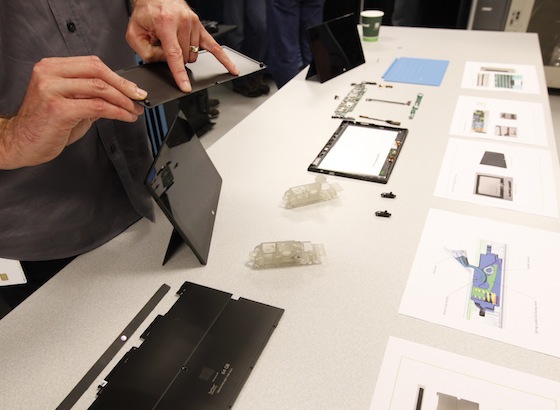 The Surface is fast, responsive, and clearly well-made

During the tour in Redmond, I was able to actually touch and use the Surface for the first time. In general, the experience is what you'd expect — the device is light and solid, smooth and fast, with impressive touch response and a gorgeous display. (The display was another well-discussed facet of the Surface's design, from its power consumption to what Microsoft deems its overwhelming superiority to the iPad in every way.) The Touch Cover was a pleasant surprise, though — Panay said it takes four or five days to really get used to typing on the flatter surface, but after a few minutes of figuring out where to put my hands I was typing at a pretty good clip. The trackpad and keyboard are both quite responsive, and use pressure sensors to detect the difference between active typing and just resting your hands on the keys. At 3mm thick, it's almost hard to believe there's room to fit a working keyboard inside the cover — Panay liked to talk about how the team's goal was for the Touch Cover to be 4.2mm thick, and they did even better. 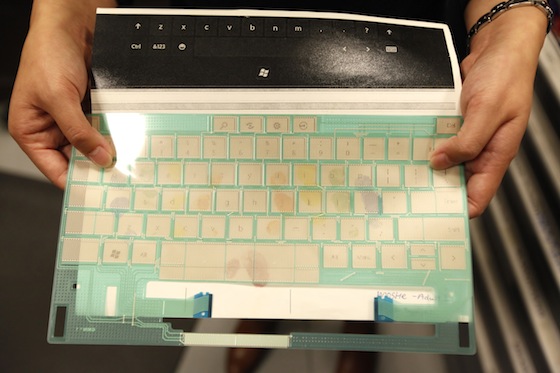 There's an air of confidence from everyone involved with the Surface — they really seem to believe in the product. At one point we stood in a testing room, where five different Touch Covers were having their hinges tested by a machine that twisted back and forth every second or so. As the Covers furled and unfurled, we watched a 36-inch drop test, the Surface crashing onto its right side. No one flinched as the Surface fell, and Panay even said he's more worried about denting the wood floor than the Surface (we'll test that one for ourselves). While our backs were turned looking at the next test, Sinofsky grabbed a Surface that had four green wheels attached to the bottom, and hopped on board. He's apparently quite the skateboarder.

No one quoted Isaac Newton's famous "for every action, there is an equal and opposite reaction" in Redmond, but Sinfosky and Panay might as well have. (Actually Newton did come up once, but only briefly.) Throughout the explanation of the thought and design process behind the Surface, discussions always came back to tradeoffs, to choices and their consequences.

The first screen size Microsoft seriously considered was 10.1 inches, the de facto standard for tablets today. But 10.1 inches didn't work well for multitasking, and it wasn't wide enough for a full-sized keyboard. So the company tried 11.1 inches — typing was great, as was multitasking, but Panay said "it really missed on the tablet experience." So Microsoft split the difference, and found 10.6 inches was the right size. The 10.6-inch Surface is comfortable to hold, Panay said, and "when you set your hands down in typing position, you can have a great experience." 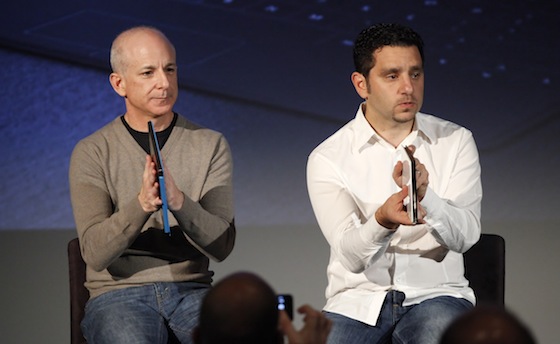 The result of these if-then discussions lead directly to the Surface as it is today. The power adapter is larger than normal, but it lets you charge quickly — Sinofsky told a story about being in an airport, and charging to 50 percent in an hour while he worked. That 50 percent, incidentally, lasted Sinofsky his whole flight in part because the Surface is only powering a 1366 x 768 display instead of the 2048 x 1536 panel on the latest iPad.

As they talked about these tradeoffs, it quickly became clear that Sinofsky and Panay think Microsoft's made all the right ones. And that's the most interesting thing about the Surface: Microsoft's cards are played. The company has demonstrated in no uncertain terms that it believes it's found the exact right hardware for Windows 8 — hardware that differs in key ways from just about every one of its manufacturer partners.

Will Windows 8 be most popular on tablets? Convertibles? Laptops? Things called Yoga? We'll know before long. But if Microsoft's ideas about the perfect Windows 8 device are correct, the Surface could quickly make Microsoft a hardware manufacturer to be reckoned with.

All it took was tape and strings.