A listing in UK retailer Argos’ Christmas Gift Guide indicates that Google and Asus will soon release a 32GB version of the Nexus 7. The tablet is labeled as costing £199.99, matching the current price of the 16GB variant in the UK. Android Police has also posted details of the 32GB model, with a listing on Staples’ website showing the higher-capacity version commanding a $248 price compared to the current $250 cost of the 16GB variant. The timeline for the release of the higher capacity tablet isn’t clear, however: The Next Web was told "not to expect it in the next two weeks," while the October 18th date on Staples’ listing looks to be a placeholder. 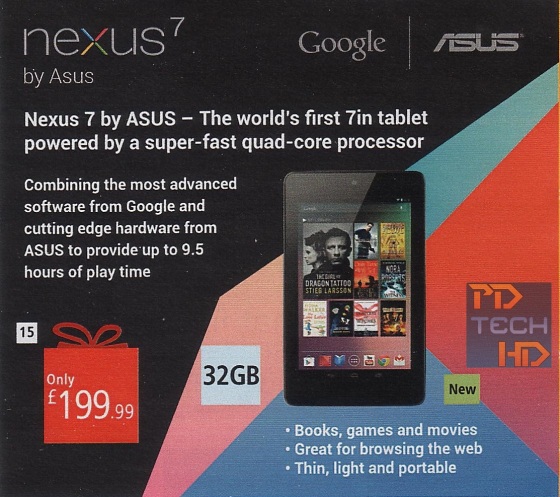 Update 1: A tipster has sent a photograph to The Verge of Argos' intranet database, showing lead times for items due to arrive at specific warehouses. The photo indicates that Argos would receive the 32GB Nexus 7 on Sunday November 18th. Our tipster was told that products in general are in stores by "the next day," suggesting that the tablet will made available for purchase on November 19th in the UK. 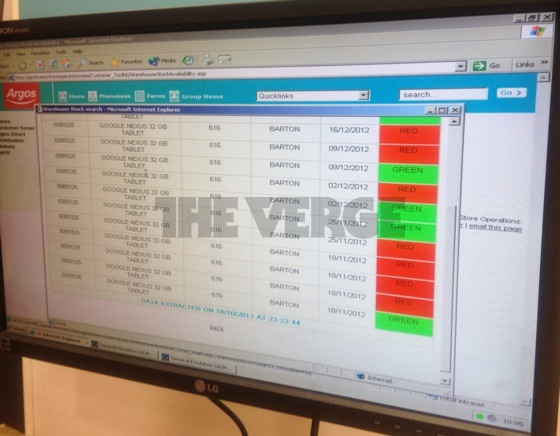 Update 2: We've got yet more evidence to show you. Additional tipsters have provided The Verge with photos depicting the 32GB Nexus 7 within Sears' internal inventory, and a closeup of the device's box at Sam's Club. The latter source says the units have arrived in store but cannot yet be sold. 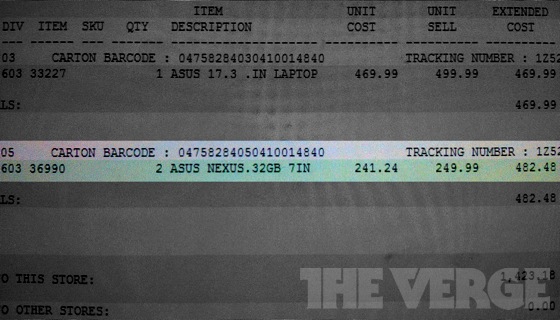 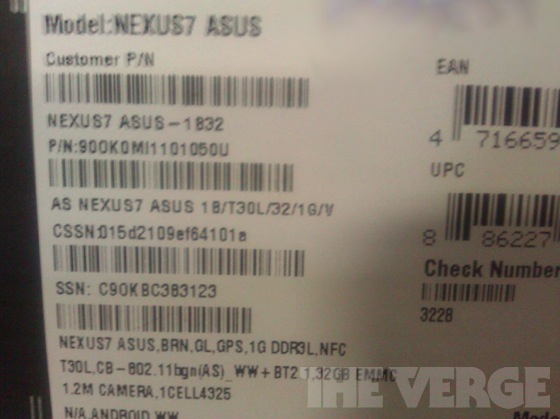 Update 3: As if there was any doubt, the 32GB Nexus 7 is definitely real. An intrepid tipster just walked into a Staples store and bought one, and sent us all the details.