Hot off the Kindle Paperwhite, E Ink looks to the future

E-paper's steward talks LCDs, color, and being owned by a paper company

Share All sharing options for: Hot off the Kindle Paperwhite, E Ink looks to the future

E Ink's e-paper displays underpin many of the world's e-readers, including Amazon's wildly popular Kindle series. The company's success, of course, would seemingly spell bad news for the legacy paper industry — an empire built from billions of books and newspapers spanning centuries.

"Before E Ink came along, no one was complaining about paper."

The irony isn't lost on E Ink's chief marketing officer, Sri Peruvemba. "Before E Ink came along, no one was complaining about paper. Even now, people don't complain about paper. Our whole society has found so many things that it loves about paper. It's not sexy to say that paper is a competitor, but that's the reality," he says with a chuckle.

Peruvemba isn't wrong: major competitors to E Ink's business have fallen by the wayside over the years, victims of consolidation, discontinuation, unprofitability, or a failure to find paying customers; Qualcomm's troubled Mirasol is the latest E Ink alternative to be put on ice. Paper, by contrast, has been around for a little while. Amazingly, he even tells me that there's still innovation in the industry. "Paper is actually getting better — there are so many unique things that [YFY Group] is doing with paper as well."

He tells me of the bookshelves in his home, stocked partly with physical books —
E Ink's natural prey

Ultimately, though, Peruvemba and his colleagues are tasked with taking paper head-on in many of its stronghold markets, YFY's legacy business be damned. Amazon is undoubtedly the most notable of E Ink's customers, and if retail scarcity is any indication, the Kindle Paperwhite is shaping up to be another win. He tells me of the bookshelves in his home, stocked partly with physical books — E Ink's natural prey — and dozens of e-readers that use his company's technology. I ask him if he has a favorite model. "Yes, but I'm not telling you," he says. His commitment to neutrality is understandable, if not satisfying: E Ink's displays power e-readers from Amazon, Barnes & Noble, Sony, and dozens of other OEMs.

E Ink has gotten better over the years; put an original Kindle from 2007 side-by-side with a Kindle Touch or Paperwhite and you'll see huge improvements in resolution, contrast, and page-turning speed. But — much like e-paper's refresh rate — it's still slow going. Color has been teased in the industry for years, for instance, but it never really showed up. In some ways, color is e-paper's holy grail, the tipping point that'll allow the technology to replace vast swathes of textbooks, print magazines, and other visually-rich media that currently rely on dead trees and millions of gallons of ink to get their point across. 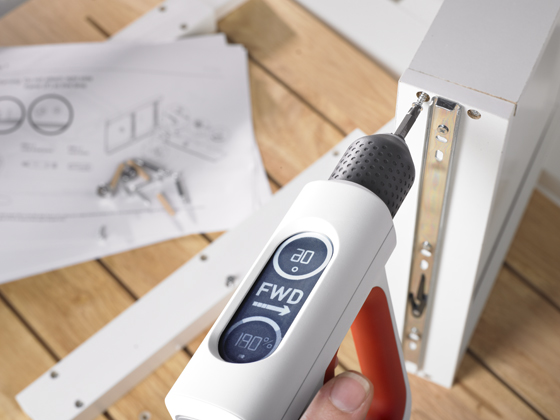 E Ink has actually rolled out its first commercial color e-paper product, Triton, but it hasn't gotten much traction in the e-reader market. Peruvemba says the problem is poor color saturation: it can be improved by making the pixels larger, but that's not good for an e-reader, so for the time being E Ink is targeting Triton at signage markets. When will we finally see commercially viable color e-readers, then? "That's hard to say at the moment," he says. "In the lab we've got some really awesome looking products." In the meantime, he notes that there are some textbook trials being run in China, Taiwan, and Russia using color devices. "They're not looking for vivid colors or to run videos, they're looking for the traditional benefits of electronic paper — low power consumption."

Practical color e-paper is on the horizon, but it probably isn't close

And color isn't E Ink's only Achilles' heel. Refresh rates have improved over the years (thanks largely due to changes in software controlling the panels, not the panel hardware itself, Peruvemba points out) but they still lag even poor-quality LCDs by miles. No matter how good the technology gets, e-paper will never replace LCDs in high-end, media-rich tablets, but E Ink doesn't worry too much about that: through mergers and acquisitions, the company has come to own Hydis, a Korean firm with a rich patent portfolio in LCD technology that's notably been licensed by Apple display suppliers AU Optronics and Sharp.

Yes, that's right, E Ink makes money from both of its biggest competitors: old-school paper on one end of the spectrum, and high-end LCDs on the other. The bets have been fully hedged. 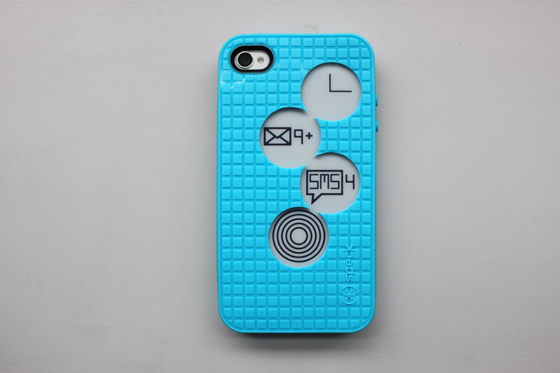 Peruvemba is eager to talk about E Ink's other products from customers — products that aren't e-readers, like a 300 dpi document reader targeted at the medical market from Epson (for comparison, the Kindle Paperwhite is just 212 dpi) and a power drill, of all things. "We want to bring information to the surface," he says.

Of course, none of those are as practical, as broadly appealing, or as wildly successful as a good e-reader, and E Ink factors prominently into that equation. Putting my consumer hat on for a moment, I just want a Kindle in vibrant, front-lit color. With the Paperwhite, we've finally got the frontlighting checked off — but it seems that the color dream is still a ways away.