How the non-existent Sony Nexus X fooled the tech world

How the non-existent Sony Nexus X fooled the tech world

We've just witnessed what's arguably the cutting edge of smartphone hoaxes this week. Remember the Sony Nexus X? It's a fake; an impressive 3D render combined with superb attention to detail. It worked so well that it managed to throw off intelligent readers and publications alike. Now the person behind it all has decided to publish a rundown of how he pulled it off, and why.

As is par for the course with such hoaxes, details like camera, flash, speaker, and SIM slot placement were taken from real phones — in this case the Xperia Ion and upcoming Xperia TL. It was all integrated with an eye towards maintaining Sony's Xperia design philosophy to create a convincing device. The creator of the hoax says he avoided typical Photoshop identification techniques by opting to make 3D renders of the so-called Nexus X instead of using Adobe's iconic photo manipulation software. This also allowed him to accurately place the fake phone on a real desk — adding authenticity.

What's truly impressive is the attention to detail in some of the finer aspects of the image. For example, a photo of him holding a Galaxy Nexus was adjusted in 3D space to match the plane of the faked phone in an attempt to make the reflection in the phone's screen realistic. Additionally, fake fingerprints and scuffs were added to the 3D render, and lots of other trickery was necessary to put a fake phone onto a real table and make it look convincing. For the finishing touches, sometimes nothing's better than the real thing. After finalizing the images, the hoaxer took an picture of his monitor using a Galaxy Nexus, getting accurate metadata, blurring, and JPG artifacting. 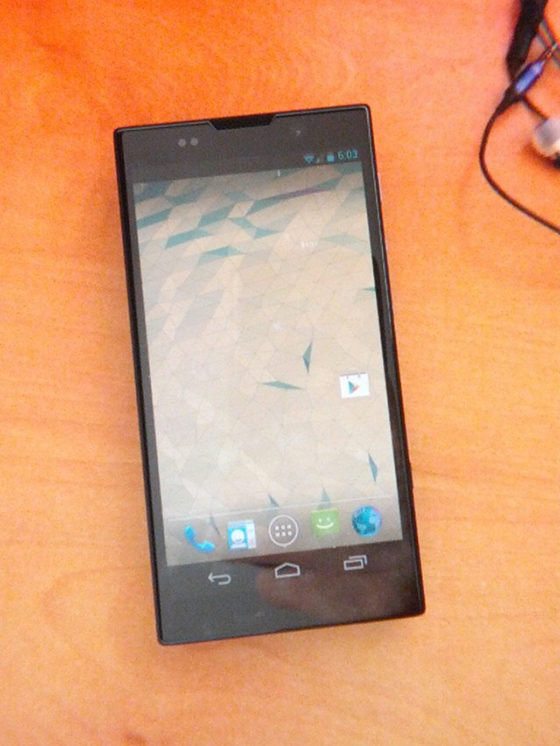 Despite all of these efforts, there are some details that were left out. As Android Police first discovered, the time on the phone doesn't match the picture's metadata. Additionally, the icons on the screen don't appear to be aligned properly, and the perspective doesn't seem quite right, either. We were skeptical about the images when we first wrote about them, and mentioned some of these concerns. Still, the hoaxer was able to convince us enough through impressive 3D rendering that the images of the Nexus X might be credible, and we will continue to avoid such fakes whenever possible.

The hoaxer — who remains anonymous — says he created the Nexus X partly as an exercise of 3D image manipulation, and also to "spur some real public discussions around a Sony Nexus device." Like other Android fans, the creator wishes this were a true phone. We're just glad he decided to share his efforts with the world; for more detail of the impressive work be sure to read the full article here.