Microsoft's 32 new pop-up stores will all open on October 26th, just in time for the company's Surface tablet launch. The software maker shared a list of the stores last month with no opening dates, but ZDNet has noticed that Microsoft's official store site lists all the opening dates as October 26th. "We can't wait for you to take home Surface," says Microsoft. "You'll find it and a curated selection of the latest Microsoft products at any of our Holiday Stores."

Although Microsoft hasn't officially confirmed pricing or release dates for its Surface RT tablet, it's widely expected to be launched at a midnight event on October 25th, making it available in pop-up stores and Microsoft's official retail stores on October 26th. Microsoft has been using street art to advertize Surface, opting for more traditional ads at Chicago's public trans station recently. 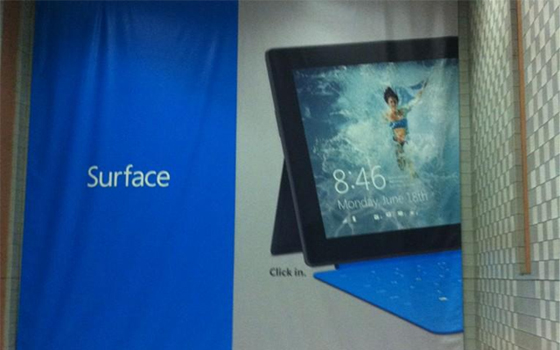 Microsoft CEO Steve Ballmer flashed his own Surface tablet last month in an effort to woo developers into creating Windows 8 style apps. Ballmer remained tight lipped in pricing information, but did hint that "probably $300 to about $700 or $800" is the "sweet spot" for pricing. Microsoft has sent invites to members of the press for a Windows 8 launch event on October 25th, where we're expecting to hear a lot more about Surface and the company's holiday pop-up stores.