Twitter's long-standing "favorite" button looks to be getting a bit of a refresh, as The Next Web has noticed that at least a few users are seeing the button relabeled as "star." Of course, the functionality looks to be the same — the star logo even remains unchanged — but it's noteworthy when one of Twitter's handful of core features gets updated. Functionality like the retweet has changed since Twitter's inception, and an alteration to the favorite button may signal a change in the meaning of the button. In the few screenshots that have made their way onto Twitter, it appears that tweets that a user "stars" appear on their profile page as "likes."

Even if this is just a nomenclature change, it could spur newer users to use the favorite button more often — we wouldn't be surprised if some are more hesitant to mark a tweet as a "favorite" than a "like." Of course, there's no way to look around the fact that the naming scheme, if rolled out to all, would remind users of Facebook's prevalent Likes. It's possible that this is just a test of a new feature that may never make its way out to all users, but we've reached out to Twitter for confirmation of the change, and we'll update this article if we hear more. 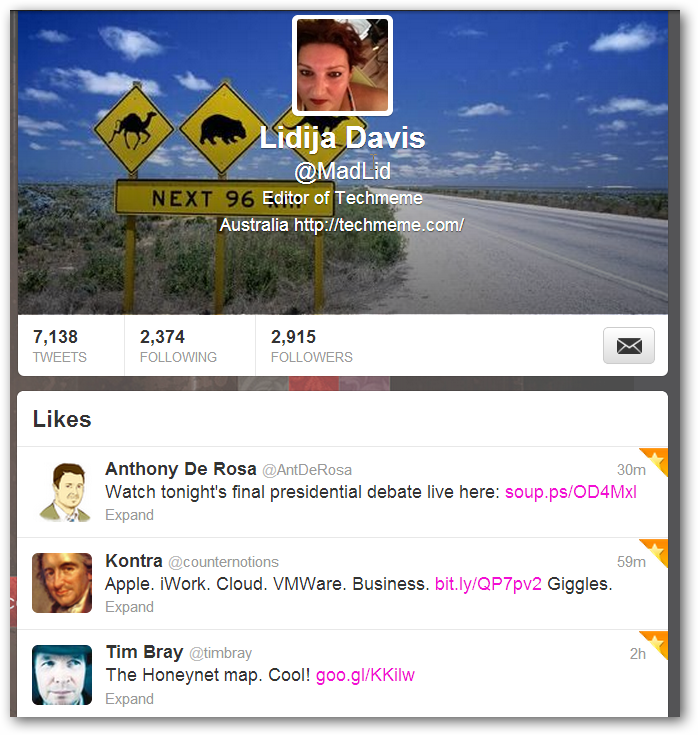 Tune in to a live special edition of The Vergecast right here: