Apple's new tablet plays nice with old apps, but will it inspire new ones?

Some people like a pocket-sized notebook, and some people like carrying around a legal pad. That's why for years, Moleskine has offered a dozen sizes for its notebooks, and convinced bookstores to carry them all. But while Apple's iPad has replaced the notebook for many, it's always just come in one size — until now. The company's new iPad mini represents a new size in between the iPhone and iPad, and while it runs 275,000 iPad apps, it's got a a few people a little confused. Daring Fireball creator (and noted Apple evangelist) John Gruber tweeted, "It runs iPad apps, but the iPad Mini feels like a big iPhone in use."

And the 7.9-inch form factor does feel different. Paired with a big iBooks update, the iPad mini seems aimed more at consumption than creation (like Amazon's 7-inch Kindle Fire), yet, later in its presentation, Apple demoed the drawing app Paper on its new device. Perhaps it's simply just a smaller iPad for people that want a smaller iPad for any number of reasons. Or maybe it's Apple's e-reader that also does other stuff. So what is the iPad mini's utility, and does that make an iOS developer's job any more confusing?

"A lot of what we're really excited about is increasing mobility," FiftyThree co-founder and Paper designer Andrew S. Allen said on The Vergecast after Apple's event. "Having a smaller screen means you can take it a few more places and feel a little less awkward than pulling out your giant iPad. We're all about capturing ideas as they happen in the moment." Since iPad 2 apps run on the mini right out of the box, there will be no shortage of ways to engage with the new device. Yet, nobody wants apps that aren't really built for the device they're using. Paper provides merely a smaller canvas, while some apps must scale down dozens of buttons and UI elements. 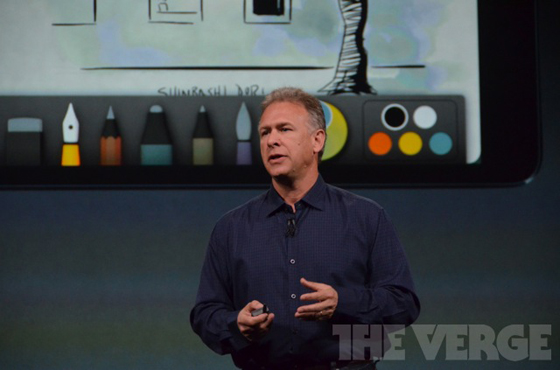 "[The iPad mini] will be a concern for apps that did a poor job designing for the larger model, and for apps that are too busy and have too many things going on on one screen," one-time Flipboard for iPhone designer Craig Mod said on The Vergecast yesterday. He called out stock trading apps and financial apps as experiences that might get significantly diminished and perhaps become illegible on a the iPad mini's smaller screen. Yet, at the same time, he said that since the iPad mini's screen is the same aspect ratio as its iPad brethren, designing for it might yield a nice bonus for developers. "If you design for a 7-inch screen first, then it will probably work great on a 10-inch," but does that logic apply when you flip things around?

"If you design for a 7-inch screen first, then it will probably work great on a 10-inch."

Mod may have predicted a new trend in iOS app design: focusing on the iPad mini experience first, and then scaling up from there — but not everyone agrees. "I don't think Apple wants developers to target the iPad mini specifically," Quotebook developer Matthew Bischoff says. "It complicates things for them immensely if people start doing that." Pocket developer Steve Streza says, "We haven't seen any updates to Apple's developer tools yet. It's unlikely that there will be a 'third' part of a universal app. But what I'm hoping for is some way to programmatically determine that the device the app is running on is the iPad mini. Then we can make changes to font sizes and stuff if we need to."

In shrinking the iPad mini's screen, Apple has effectively also shrunk the size of "touch targets" — touchable areas over buttons inside apps. Just two years ago, Steve Jobs said, "This size is useless unless you include sandpaper so users can sand their fingers down to a quarter of their size." Apparently to Apple that's no longer the case. "Will some buttons be too small on the smaller display?" Grades designer Jeremy Olson asks. "We need it in our hands to really know for sure, but I suspect most apps won't need to change much, if anything." Apple's presentation confirms Olson's suspicions. The company usually demos a handful of new apps when it launches products at new form factors, but not for the iPad mini. Instead, Apple chose to demo apps that already exist, like Yelp, to show how they work just fine on the mini with no help from the app developer.

Even one game developer we spoke with was unfazed. "If people have been following Apple's 'minimum interactive area of 44x44 pixels' [for buttons inside apps], then they should be absolutely fine," said Matt Rix, who develops Trainyard for iOS. "Unfortunately, a lot of people don't follow that rule all the time (including Apple themselves — just look at the purchase button on apps in the App Store app), so it'll be interesting to see just how big an issue it really becomes," he added.

The "touch targets" on the iPad mini are apparently now about the size of those on an iPhone, yet iPhone apps are designed for a much smaller screen from the get-go. And what about that tiny bezel? Since the iPad mini has a much smaller bezel than the iPad, stray fingers seem much more likely to accidentally flip pages while you're reading in portrait mode. It's a problem tons of reading devices have faced, from the Kindle to the Kobo. But, on its iPad mini design page, Apple says:

iPad mini intelligently recognizes whether your thumb is simply resting on the display or whether you're intentionally interacting with it. It's the kind of detail you'll notice - by not noticing it. And it's a great example of how Apple hardware and software work together to give you the best experience possible.

Only time will tell if errant button presses will be more frequent on the iPad mini, but Apple seems to already acknowledge at least half of the problem. We'll have to wait and see how iPad mini differentiates between screen-edge drawing or gestures (like in Paper) and simply holding the edge of the screen while reading an iBook. "I've come to really trust Apple's decisions about these sorts of things," App Cubby founder David Barnard says. "They really take incredible care in the overall UX of their devices and I don't think we're going to see them make a huge mistake like using small bezels that create additional accidental taps."

It can be argued that it's worth owning an iPhone and an iPad, but owning all three new devices sounds ridiculous. Or maybe not — if you're the kind of person that carries around three differently sized notebooks — and if you have deep pockets. Some people prefer reading on a large screen, and some on a small screen. It's a huge pain for developers to create apps for three distinct screen resolutions, and fortunately, it doesn't look like they'll have to. "The existing iPad app we have will work fine for iPad mini owners," Streza says. "We'll make any design tweaks we need once we have the device. Based on what we've seen on Android, the 7-inch tablet seems pretty popular for reading Pocket." The iPad mini could open up apps like Pocket to millions more users. Yet, developers might have to build an inherent design flexibility into their apps so they look OK on a 4, 7.9, or 9.7-inch screen. Either way, one more iOS device is great news for developers. Olson says, "This thing is going to sell like hotcakes, and that's a huge plus for us."