It all started with a forum post. When a member of gaming forum NeoGAF started a new thread claiming to actually enjoy the Nintendo DS game Imagine: Babyz Fashion — a game where players literally play dress-up with babies — it garnered quite a few responses. Some accused him of faking it for attention (“post a picture of the actual cart, I believe you're playing it via flashcard”), while others complained that he was being too vague about what exactly it was that made the game fun. Then someone called him a pedophile. “So, I'm a pedophile because I don't want to play Dudebro, My Shit is Fucked Up So I Got to Shoot/Slice You II: It's Straight-Up Dawg Time?” he responded. “To throw around these sort of accusations at someone who seeks to do something different suggests quite the insecurity on your part.”

Can't keep a true bro down

That post ignited the imagination of the NeoGAF community. Soon enough there was fake box art, concept images, and even an opening scene. Eventually it became apparent that Dudebro II could be something real, so a team got to work on making that happen. And while the project has hit its fair share of snags since that initial post in December 2009, last week the team launched a new gameplay trailer, showing that this bro still has some life in him.

The new trailer provides a good sense of just how ridiculous the game is. The main character, John Dudebro, is seen fist bumping a polar bear and wielding a gun with an absurd number of barrels. There’s an option to "skip shitty mini-game" and phrases like "you can’t keep a true bro down." Instead of a health gauge, Dudebro has a "brodiocity meter" that fills up when he kills bad guys, rescues ladies, and chugs beer. The game seems to be doing a good job of keeping the feel of that original, ridiculous title, but the 2D side-scroller on display in the trailer wasn’t the original concept for the game. 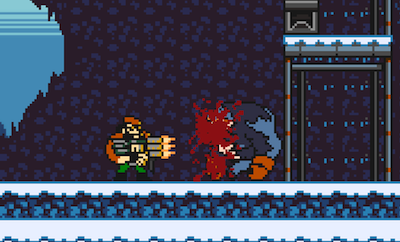 Initially Dudebro II was slated to become a top-down shooter, and given the sheer number of volunteers, the team decided to be ambitious and make it 3D. At its biggest the crew had 130 members. But, as tends to happen when people are donating their time for free, people soon left. The turnover became so problematic that eventually the 3D concept was scrapped for something a little more manageable. "Having an entirely volunteer based team has been one of our biggest challenges throughout development," admits producer Sil Demmer.

Creative director Andrea "Jocchan" Nicolo says that everything went smoothly for the first year or so before members started leaving the project. Eventually these losses forced the team to miss a deadline to release a new trailer in time for E3. "This was the breaking point," Nicolo says. "It was apparent we were too understaffed to continue, and so we decided to switch gears to a simpler design, one that wouldn’t need nearly as many members to get completed and to achieve good quality."

The game looks quite a bit different from the first screenshots released last February — though the brodiocity meter thankfully remains intact. And according to Nicolo, the shift to a 2D side-scroller was not only a practical change, allowing the team to "come up with assets much faster," but also one made because "it’s a genre we actually enjoy more ourselves." The retro graphics also turned out to be a good fit for the project’s parody theme. "Using a trendy visual style for a game mocking trends in the game industry feels strangely appropriate," says Nicolo.

And that chance to lampoon games is what attracted a number of people to the project in the first place. "I think it was a chance for many to express their strange love / hate relationship with games at a time where it not only felt as though certain genres were stagnating, but at a time when the indie scene was really taking off again," says voice actor Bob Simpson. A large part of the game’s appeal is its over the top sense of humor, and that’s something that hasn’t changed over the course of development. Dudebro II even features the vocal talents of Jon St. John, best known for voicing the biggest bro of all, Duke Nukem. 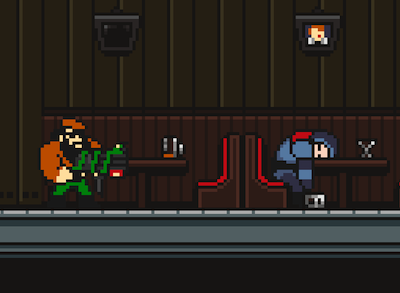 Of course, for a game born from a meme and filled with plenty of gaming in-jokes, part of the challenge lies in making an experience that’s accessible to those who haven’t even heard of NeoGAF. "The idea may have originated from a meme, but as it stands now, I don’t think Dudebro II is exclusive to any subculture of gaming or internet community," says Simpson. "As a parody, there are sure to be plenty of industry in-jokes and nods towards traditional gaming. We do hope people will appreciate the humour in general, as it’s a loving poke at both the highs and lows spanning several generations." 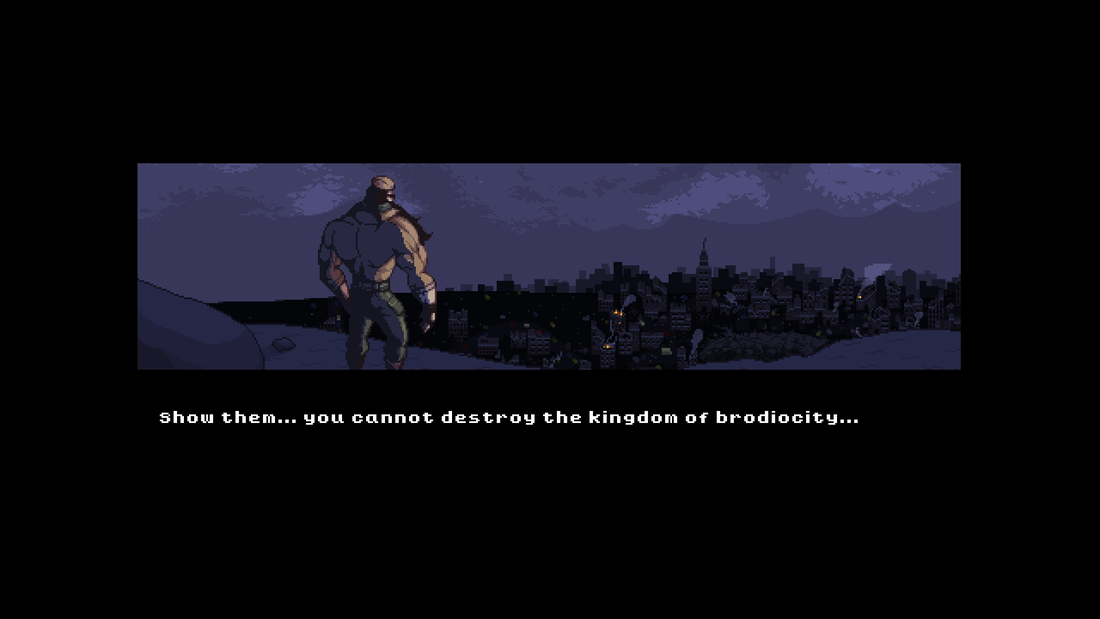 Dudebro II may have been through a lot, but the team appear confident that they can pull it off in spite of all of the changes to both the game and those working on it. In fact, having a smaller team and a more manageable scope could make the chances of success even higher. "The team we have now is small, tight-knit, dedicated, and through the years we’ve built up a lot of synergy," says Demmer. "Our workflow isn’t lighting fast, but it’s steady and we’re confident in our ability to finish Dudebro II within a reasonable time period."

Just what that timeframe is, though, remains to be seen. The team says simply that it "will be done when it’s done" — likely in an attempt to avoid making further promises it can’t keep. However, when the game does come out, it will be completely free to play. "Dudebro started as an idea made by the NeoGAF community in a really organic way," says Demmer, "so we think it would be wrong to charge money for something so many people had a hand in making." That said, the team is looking at potentially releasing under a pay-what-you-want scheme, with any profits donated to charity. But no matter what, Demmer says you won’t have to pay if you don’t want to.

"I can promise you that there will be a 100 percent free option somewhere — we’ll upload it on The Pirate Bay if we have to!" 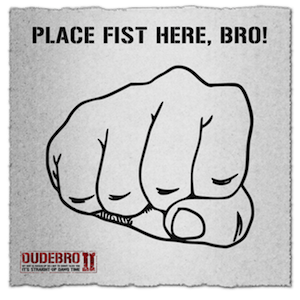 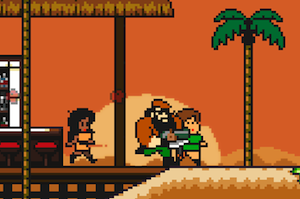 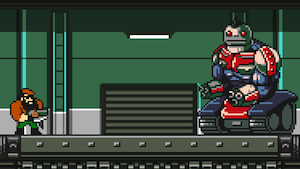