The firm behind some of the most impressive robots we’ve seen this year is back at it again with an anthropomorphic, bipedal robot that can climb and jump its way out of tough situations. PET-PROTO is a relative of last year’s PETMAN, and its builder, Boston Dynamics, hope to use the advances it’s squeezed into the new robot in competition at DARPA’s Robotics Challenge in June. The Challenge is designed to test robots' ability to perform complex tasks in "dangerous, degraded, human-engineered environments."

In its newest video (below), posted by Wired, DARPA shows the PET-PROTO facing off against the kinds of obstacles it might encounter at the Challenge, using its Gekko-like legs to scale a knee-high ledge and leaping to the floor with a femur-splintering thud before traversing a wall-to-wall hole in a hallway floor. The video demonstrates the robot’s ability to perform autonomous decision-making, says the Agency.

PET-PROTO is one step closer to Boston Dynamics’s Atlas robotic platform, which DARPA will make available at its Challenge to teams that wouldn’t otherwise have the necessary hardware expertise or capital to take part. For a look at what other teams are planning to compete with, this post from IEEE Spectrum offers a thorough breakdown, including Virginia Tech’s THOR (Tactical Hazardous Operations Robot), pictured below. 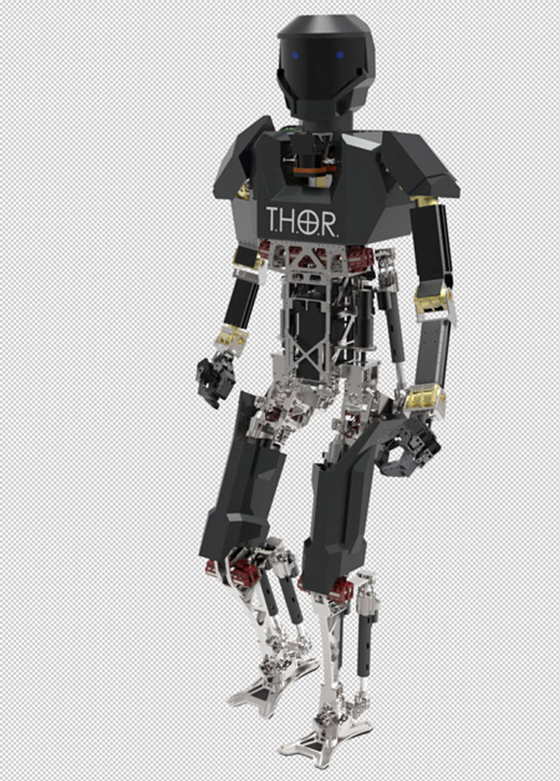