Share All sharing options for: First leaked photos of Nexus 10 show Android 4.2 on a Samsung-built tablet

We've gotten some tentative leaks on a Samsung-built Nexus 10 Android tablet, but a series of shots from BriefMobile could be the first actual photos of the device — as well as a potentially comprehensive look at Android 4.2, which is rumored to ship with the new Nexus devices. The 16-image gallery shows something a lot like the Nexus 10 in the manual we saw yesterday, with curved sides, a roughly 10-inch screen, and a rear camera. The back appears metallic, with "Nexus" printed above the Samsung logo and a textured top strip that looks awfully like the plastic used on the Nexus 7. 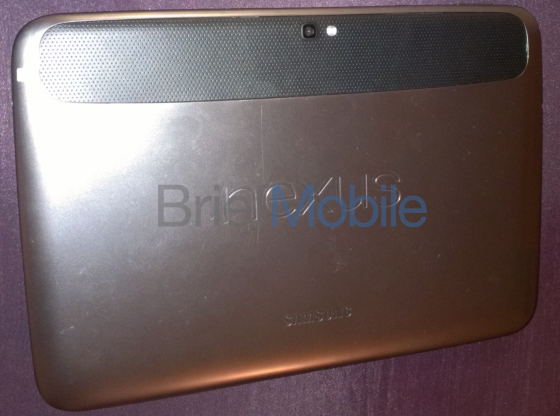 A series of screenshots apparently shows the leaked tablet running Android 4.2, which looks essentially like Android 4.1 scaled up for a larger device. One of them also shows a new quick settings bar with apparent support for multiple user profiles. There's less evidence backing up the specifications, but BriefMobile says it's confirmed some of what we'd heard already. According to them, the Nexus 10 comes with a 2560 x 1600 screen, a 1.7GHz Samsung Exynos processor, and 2GB of RAM; it will also include dual speakers, NFC, and a 5-megapixel rear camera. The build they saw apparently had 16GB of storage. We've seen quite a few leaked mentions of the Nexus 10, and it wouldn't surprise us at this point if it showed up at next week's event. 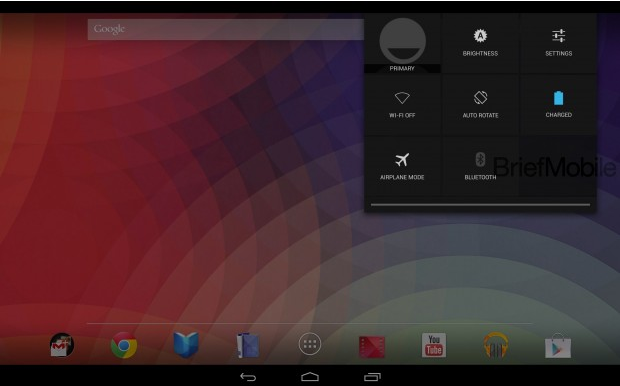