Internet Explorer is no longer the completely dominant browser it used to be, but that hasn't stopped its team from continuing its cake-giving tradition with the makers of Firefox. According to Mozilla employee Matt Brubeck, the IE team began it all when it sent over a cake to congratulate the company on the launch of Firefox 2 in 2006. Since then, the Internet Explorer crew has continued to send over cakes for each new version, though they smartly switched over to less-costly cupcakes when Mozilla began its accelerated 6-week upgrade cycles. To return the favor, Matt hand delivered a massive cake to celebrate the launch of Internet Explorer 10 this week to the Microsoft team's headquarters in Redmond, and signed it "Love Mozilla." Who said competition precludes a bit of playfulness between rivals? 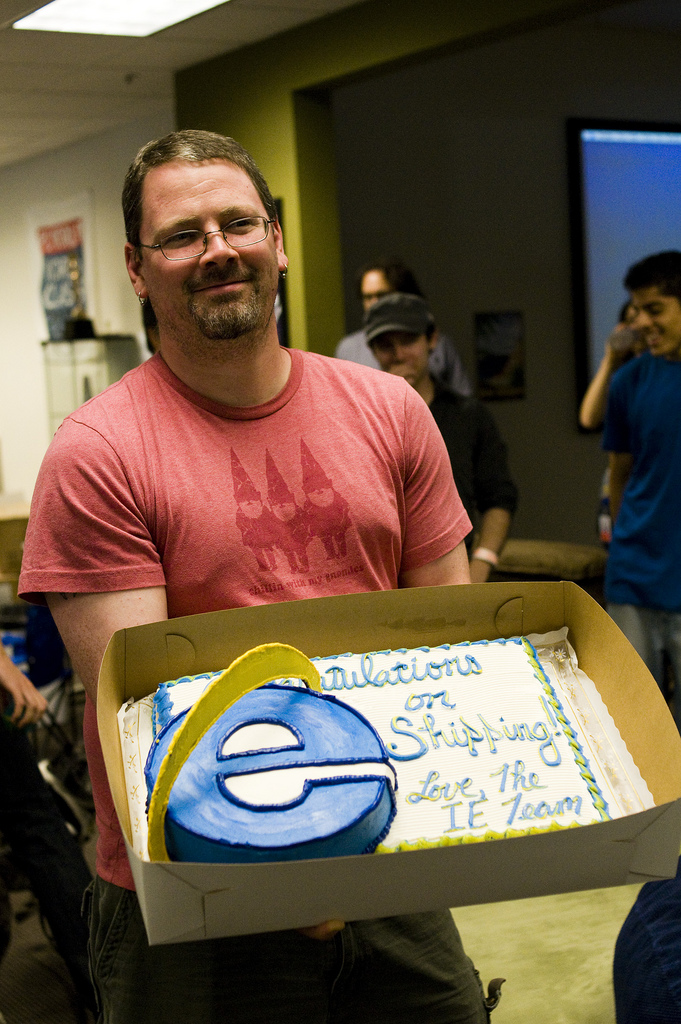